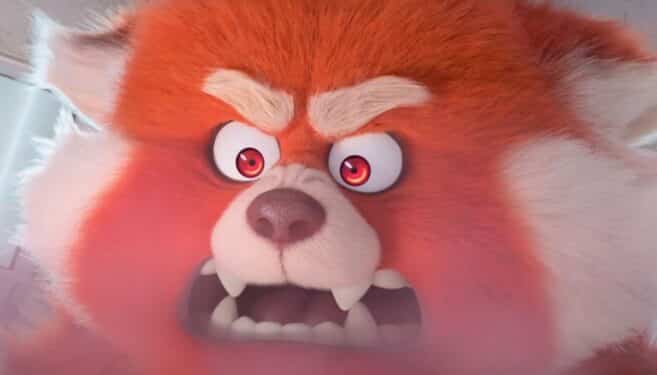 With studios like Disney continuing to reroute theatrical films to their streaming services, it’s upsetting more and more people. In particular, it seems like the majority of animation studio Pixar is upset with Disney and Bob Chapek’s decision to release their film Turning Red on Disney Plus. The film was initially created for theatrical distribution, and having the film hit Disney Plus goes against everything that Pixar was working towards.

It was initially announced that Turning Red would be released in theaters on March 11, 2022. However, this decision was eventually changed by Disney. They soon revealed in January that, while the film would still be released on March 11, it would now be released directly to Disney Plus. The film would only be seeing a theatrical release in foreign markets that don’t yet have access to Disney Plus. Then, as noted via Variety, several anonymous Pixar staff members vocalized their disappointment with the decision.

Here’s what one staff member stated:

“It’s safe to say that we’re all feeling extremely disappointed,” said one such staffer. “Until today, we all thought ‘Turning Red’ would be our return to the big screen, and everyone at the studio was so excited about it being this film in particular. It was quite a blow.”

One other staff member hinted that the spread of the omicron variant could be part of the reason for the change:

“With omicron infections so high, I haven’t heard anyone say the decision to pivot to streaming is wrong.”

As further revealed by Small Screen, however, Pixar has become even more upset with Disney over the decision.

“Pixar is furious,” they were told by an alleged insider. “They’re not impressed with Disney, the execs and Bob Chapek.”

“They wanted Turning Red to be released theatrically, not on Disney Plus,” they continued. “This has made the whole company upset and basically at war with Disney and Bob Chapek.”

This war is centered around the fact that Pixar no longer wants to work with Disney or Bob Chapek. Specifically, the insider stated that Pixar “wants out of Disney.”

“They have been having internal strategy and crisis control meetings at Pixar as they see this as a huge problem,” they added. “And it’s just getting worse.”

Another insider gave the following statements:

“Pixar is not a direct to video studio. Their movies deserve to be in cinemas and people at Pixar are not pleased about the direct to Disney Plus release of their recent films.”

“The decision to release Turning Red direct to Disney Plus was a strategic decision based on rising Omicron cases in the United States and across Europe,” they explained. “Disney also looked at box office takings of other similar movies (Sing 2), and decided that the returns for a Turning Red theatrical release just weren’t viable.”

It’s worth noting that this is only the latest in a number of Pixar films that were delivered straight to Disney Plus instead of theaters. As such, it makes sense that Pixar is upset. With the studio wanting to separate from Disney, it’ll be interesting to see what steps the two take next. The Toy Story spin-off Lightyear will be one of the next Pixar films on the way.