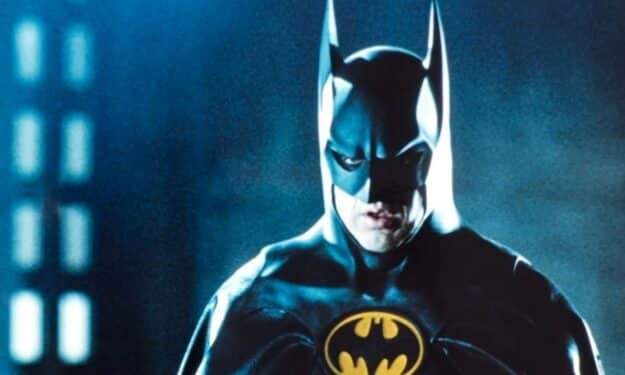 It’s going to be an interesting time for DC fans. While Robert Pattinson will soon be seen as the latest live-action incarnation of Batman, fans will also get to see actor Michael Keaton step back into the role. Michael Keaton will first reprise his role as Batman in the upcoming film The Flash, and he’ll also be appearing as Batman for the upcoming HBO Max film Batgirl. The actor has already been working on the set of Batgirl, and while there have been several behind-the-scenes photos revealed previously, now fans can see Michael Keaton himself tease his return.

As you can imagine, there isn’t a full reveal of Michael Keaton in costume. Instead, fans will see Batman’s shadow on the ground – which is equally iconic and appropriate for the beloved Dark Knight. Of course, at this rate, it seems likely we’ll be getting more Batgirl set photos in the near future. As such, fans can stay tuned to ScreenGeek for more updates on that front as we have them.

With Michael Keaton showing up as Batman in both The Flash and Batgirl, it really is an exciting time to be a fan. The actor last portrayed the character for Batman Returns, and it seemed unlikely that he’d ever get a chance to step back into the role. But these are crazy times for film buffs, and it looks like we’ll be getting more Michael Keaton appearances as Batman than ever before.

The upcoming Batgirl film will be co-directed by Adil El Arbi and Bilall Fallah. The film was written by Christina Hodson.

Leslie Grace will star in the film as the titular Batgirl aka Barbara Gordon. J.K. Simmons will reprise his role as Commissioner Gordon from the DCEU. Actor Brendan Fraser has been cast as the supervillain Firefly. The aforementioned Michael Keaton will also play a role in the film, reprising his role as Batman. Jacob Scipio is also in the cast as a currently unconfirmed character.

The upcoming film is scheduled to be released sometime in 2023 on HBO Max.