Captain Carter is quickly expanding to become one of Marvel’s modern day fan-favorites. The character first appeared in the What If…? animated series, and she’ll soon be getting her own five-issue comic book series beginning March 9. As you can imagine, however, she’ll be bringing a few other heroes alongside her. This includes Iron Man, as teased on the cover for the upcoming issue Captain Carter #3. In fact, it looks like Iron Man will be getting a brand new upgrade in place of his iconic suit of armor.

As you can see below, via CBR, this version of Iron Man is just as reimagined as Captain Carter. This time, however, the upgrade to Iron Man is quite different than anything seen before. Specifically, because, this new suit happens to be his own body. Indeed, this version of Iron Man is some kind of cyborg, as you can see in the new artwork. It appears that Tony Stark’s own hand has transformed into some kind of cannon. Furthermore, it appears as though Tony Stark’s own face has certain technological indentions. 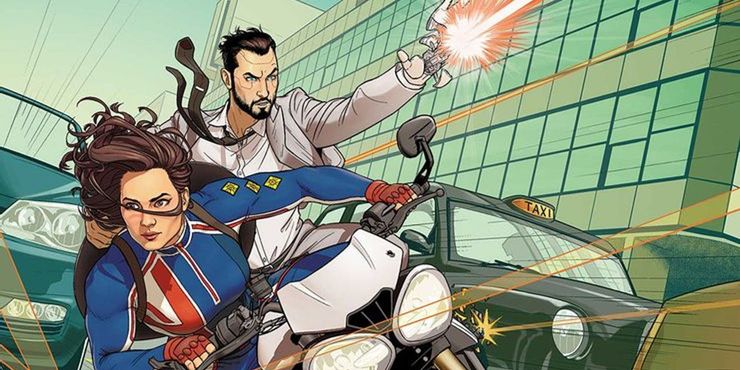 Obviously, there aren’t many details given beyond this image. But it’s certainly an interesting glimpse at what’s to come. This new upgrade for Tony Stark is much more than that, it’s a complete reinvention of the character. So hopefully we’ll see get some exciting backstory for this take on the character and how he’ll fit into the overall plot of Captain Carter. As for the summary of this issue…

“Captain Carter has plenty on her hands already, wrestling with a betrayal from the very organization she thought she could trust. Is Tony Stark here to help? Or will he be just another complication at a time when Peggy’s life is full of them?”

While Captain Carter #1 is scheduled for a release on March 9, this particular third issue of the series will be released on May 18.