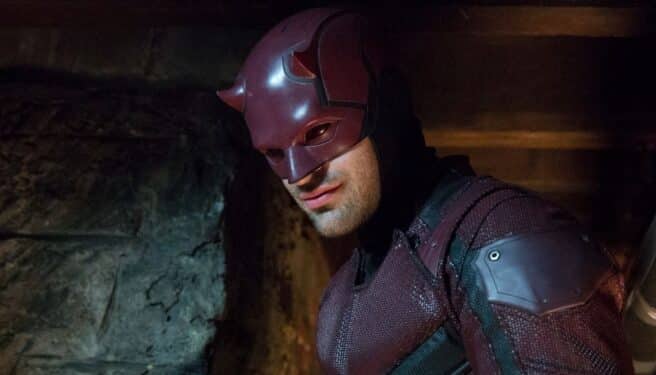 Fans have wanted to see more Daredevil ever since the Netflix series was canceled after its third season. It seemed unclear what the future for the character and property would be at the time, but then Marvel started surprising fans. They reintroduced Charlie Cox as Matt Murdock aka Daredevil in Spider-Man: No Way Home, and even the show’s villain Kingpin, played by Vincent D’Onofrio, was brought back for Hawkeye. It became clear that the characters were once again relevant in the Marvel Cinematic Universe, but it was unknown when or where fans would be seeing them again. Now, according to certain rumors, it looks like Marvel is actually planning Daredevil Season 4. And it could begin filming as soon as this year.

The rumor originated because of a new LLC that seems to be tied with Marvel Studios. The LLC, which is titled “Blind Faith Productions LLC,” seems to imply a direct connection with the Daredevil character. As noted by Murphy’s Multiverse:

“A likely new Marvel Studios production LLC formed a little less than two weeks ago seems to be a hint of just that. Its title, “Blind Faith Productions LLC”, feels like a perfectly condensed summary of two of Murdoch’s most defining characteristics, both physical and spiritual. But this does not mean that a new Daredevil project will debut any time soon as there’s no way of telling if the LLC is indeed for a Marvel project.”

Furthermore, KC Walsh stated that their source confirmed a Daredevil series is scheduled to begin shooting later this year.

Whoops, I messed that up, looks like my source said late this year, but I did ask Disney and they denied it, but it wouldn’t be the first, second or third time they denied something to me to be revealed later https://t.co/UJlNgb4STi pic.twitter.com/8cAI1GyCZX

This would certainly time just right with the formation of the aforementioned LLC. Because projects normally have writers and directors attached not long after LLCs are formed, it seems likely that we’ll have more news in the coming months. As such, fans can stay tuned to ScreenGeek for updates on Daredevil Season 4 or whatever other iteration this revival might become. In the meantime, fans will be able to revisit Marvel’s Netflix shows via their new home on Disney Plus.