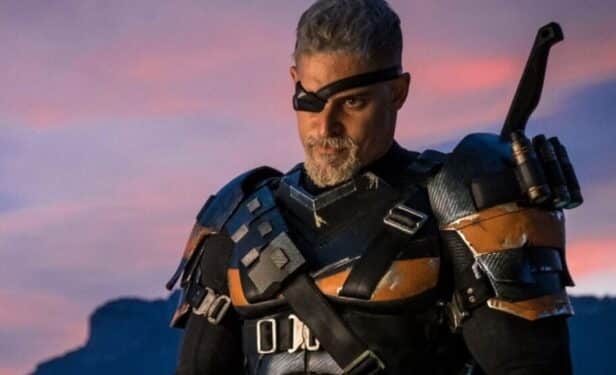 The new Batman film The Batman, which stars Robert Pattinson in the title role, was almost a different movie entirely. In fact, the project first began as a solo-film for Ben Affleck’s take on Batman. For a variety of reasons, however, that take was canceled and we ended up with Matt Reeves’ new blockbuster instead. While things seem to have worked out in the end, it’s quite surprising to see how far into development Ben Affleck’s Batman film was. In fact, concept art recently surfaced which showed what his Batman suit would’ve looked like. Now fans can see concept art of what supervillain Deathstroke would’ve looked like in the cancelled Batman film.

Keith Christensen also shared the following caption along with the art:

“My design for Deathstroke from the Ben Affleck version of The Batman.”

Of course, the DCEU is still ongoing, albeit in a very different direction. Ben Affleck is set to reprise his role as Bruce Wayne aka Batman in the upcoming film The Flash, alongside the likes of Michael Keaton. As such, there’s always a possibility that Joe Manganiello could still get a chance to play Deathstroke again. But whether or not that happens in the near future, however, is unknown. But at this point in time, it certainly seems as though anything is possible for the expanding DCEU.

Fans can thus stay tuned to ScreenGeek for more updates on the comic book film and television franchise as we have them.