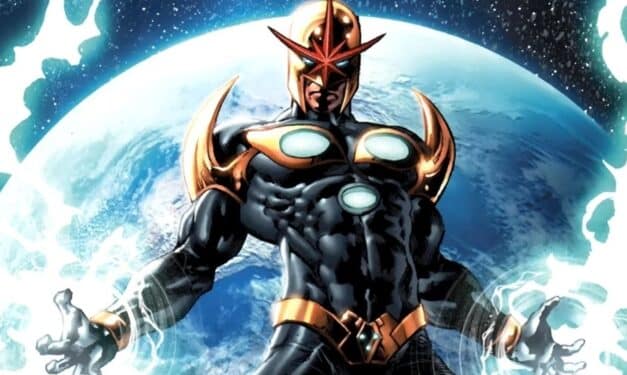 With Moon Knight on the way, it looks like Marvel will soon be collaborating with the show’s writer yet again on another MCU project. This time, however, they’ll be moving away from the supernatural realm. As it turns out, writer Sabir Pirzada is instead being tapped by Marvel to work on some kind of Nova project. As fans of the comic books know, Richard Rider aka Nova is part of the intergalactic police force known as the Nova Corps.

This news comes via Deadline, and they also noted that it’s unclear whether or not this project will be a feature film or a Disney Plus series. Nevertheless, it’s exciting to know that Marvel will be continuing the cosmic and science-fiction sides of the Marvel Cinematic Universe as much as they are their other settings as well.

Here’s what they stated:

“Marvel is developing a Nova project with Moon Knightscribe Sabir Pirzada on board to write. It is unknown for now whether this will be developed as a feature film or a limited series for Disney+. As always, Marvel Studios President Kevin Feige will produce.”

Hopefully we’ll have more details in the near future. As for now, fans of the Marvel character Nova will be able to know that he’ll be coming to the MCU sooner or later. With the character having encountered a variety of Skrulls in the comics, and Skrulls becoming more of a common force in the MCU, it certainly seems like good timing.

In the meantime, before getting to see Nova, fans will soon be able to enjoy Sabir Pizada’s current work on the Marvel series Moon Knight. The Disney Plus series will be premiering on the streaming service at the end of this month, beginning on March 30. It’ll be interesting to see his writing go from the supernatural, horror-adjacent world of Marvel and further into the cosmic and science-fiction settings that franchises like Guardians of the Galaxy are more known for.