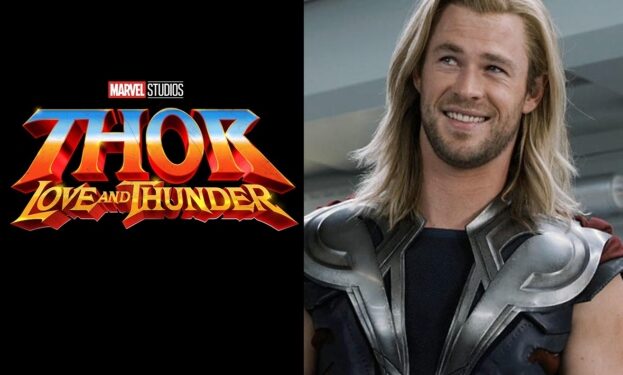 The upcoming Thor sequel Thor: Love and Thunder is set to both reinvent the titular character and introduce Jane Foster as the Mighty Thor. We’ve gotten a few glimpses at how Marvel hopes to achieve this in the past, with some exciting new costume designs revealed for both characters. Now a new piece of Thor: Love and Thunder merchandise has given fans another view at Chris Hemsworth’s costume in the upcoming film.

The piece of merchandise, which you can see below, is a Christmas ornament which features Chris Hemsworth’s costume as it’ll appear in Thor: Love and Thunder. It’s clear that this version of Thor will sport an entirely new color scheme, one that will no doubt fit the tone of this upcoming film and its more fantastical approach to the characters. While it isn’t quite the same as seeing Chris Hemsworth himself in the outfit, it definitely gives fans an idea of what to expect in the coming months. As we approach the film’s release date, we’ll probably see plenty of other glimpses soon.

At this point in time, it’s unknown how Thor will acquire this new suit. But it should be interesting to note that his companion, Jane Foster, will have a suit with a color scheme similar to Thor’s original suit. As such, it’ll be interesting to see how both of these characters acquire their respective costumes and evolve over the course of the film. Until then, however, these images are still exciting to see.

The Marvel Cinematic Universe has been making their superheroes more comic-accurate over time, which has been a great moment for fans. Many have hoped to see these Marvel characters resemble their comic counterparts more faithfully, so with films like Thor: Love and Thunder on the horizon, it certainly seems like a great time to be a fan.

Audiences will be able to see Thor: Love and Thunder in theaters this year on July 8, 2022.