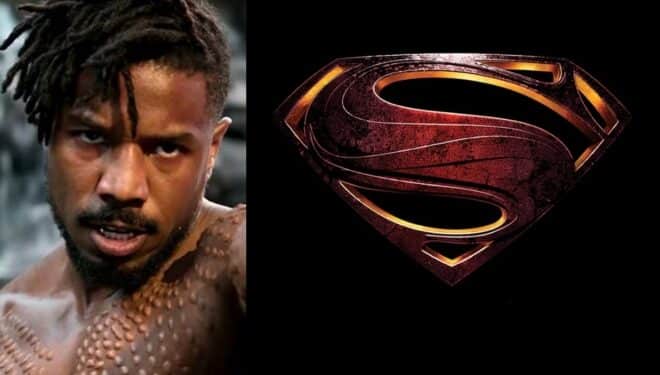 At this point in time, it isn’t unusual for Warner Bros to recast their superheroes in the DCEU. For example, they already have Michael Keaton lined up to replace Ben Affleck as Batman, reprising his role from the 1989 film Batman and 1992 film Batman Returns. Furthermore, they have Robert Pattinson playing his own take on Batman for the newly-released blockbuster The Batman. As such, it isn’t too surprising that Warner Bros seems to be in the midst of replacing Henry Cavill as Superman as well. One popular choice made by fans is to have none other than Michael B Jordan become the iconic superhero, and now a newly-surfaced piece of concept art imagines him as Superman.

The image, which was created via @valentinromeroart on Instagram, is a stunning example of what Michael B Jordan could look like as Superman. The costume is fittingly dark, with a bleak take that seems to resemble the atmosphere of Zack Snyder’s DC films. What’s more, his eyes are glowing red, which further emphasize the powers that this character is capable of.

As they wrote in the caption:

“Looks that we got a new Superman”

Here’s the image below:

It’s worth mentioning that there actually are several Superman projects currently in development, one of which is a new HBO Max limited series. Interestingly, Michael B Jordan is actually the one developing the limited series, so it certainly would make sense if he happened to step into the role. So perhaps this concept art is closer to the truth than one would think. Of course, it’s still unclear if he’ll actually act in the project as well, so we’ll have to wait and see what happens on that front. In the meantime, it certainly doesn’t look like he’d be a bad choice.

As of this writing, Supergirl actress Sasha Calle is reportedly taking over the Kryptonian mantle.