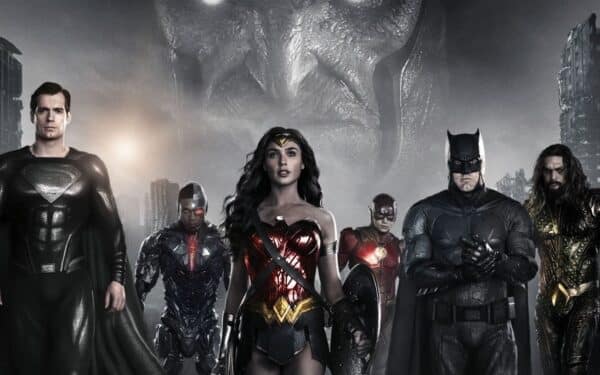 Warner Bros’ direction for the DCEU has been all over the place to say the least. This is particularly evident with Justice League, which was initially completed by Joss Whedon as opposed to Zack Snyder. Then, in a massive campaign led by fans, Warner Bros was convinced to have original director Zack Snyder recut the film and release it as his intended version. While Warner Bros didn’t seem to have any further interesting in continuing Zack Snyder’s vision for the rest of the DCEU, fans have maintained their efforts. Now it looks like these efforts from SnyderVerse fans could be paying off, especially based on a newly-shared Green Lantern image.

Specifically, actor Wayne T. Carr – who plays John Stewart’s version of the Green Lantern – posted an image where he warned Ben Affleck’s Bruce Wayne about Darkseid. While sharing the image, he also fueled the SnyderVerse fan campaign by making a call for the original sequels to get made. As you can see, he wrote the following:

“In brightest day… #RestoreTheSnyderVerse,” before adding, “Give the fans what they want- JL2/3”

Now YouTube user Warstu has taken this as a sign that Warner Bros is indeed restoring the SnyderVerse, including plans for Justice League 2 and Justice League 3. In particular, they believe Warner Bros is repurposing films such as The Flash to allow sequels to Justice League to be made. This would include allowing Ben Affleck to return as Batman, a role he believes would take the character into the Knightmare future from Justice League. Of course, this information should all be taken with a grain of salt. But if true, then Warner Bros would allegedly craft new stories set within Zack Snyder’s Justice League continuity (which makes sense considering how much behind-the-scenes information has been divulged over the years.)

Whether or not Warner Bros truly does wish to restore the SnyderVerse remains to be seen, but this new Green Lantern image does give hope. With how much the studio has done so far to provide for the SnyderVerse fans, it certainly seems to be in the cards.