Disney Censored ‘The Falcon And The Winter Soldier’ On Accident 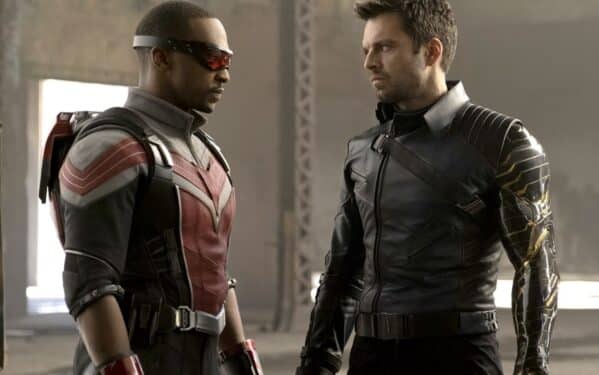 Although Disney has been modifying their Disney Plus streaming service to have less censorship, including the introduction of the TV-MA rating to their featured content, many fans were disappointed over a recent discovery. It appeared that Disney made edits to their hit Marvel Cinematic Universe series The Falcon and the Winter Soldier. In particular, it looks like they’d modified certain scenes of violence to be less violent. Fans were understandably upset and confused, and thought it was the first step towards Disney secretly censoring their content. Now Disney has responded to the matter – and it appears to have been a mistake they hope to rectify.

As you can see below, the edits were quite severe. Some were quick to point out that one character who was killed actually had the blood removed from their clothes, and furthermore had their eyes closed as if to hide the fact they were dead. But this appears to now have been the result of some kind of error.

Update: Disney+ will reportedly restore the original scenes, after the censored ones were uploaded by accident. https://t.co/Qc98SXxPV6 pic.twitter.com/fWoHsWwuM0

There was also another Falcon and the Winter Soldier scene which suffered similar edits. At one point, Bucky Barnes throws a pipe at an assailant, which pierces through their shoulder. When the alternate version was discovered, however, the pipe merely bounced off the assailant. Now, as revealed via EW, Disney apparently hopes to bring back the original versions of these scenes as soon as possible.

“While some assumed this meant Disney+ was censoring violent content on the streaming platform, perhaps due to the new parental control options made available to subscribers, EW has learned that an alternate version of the show had been uploaded by mistake. Disney is currently working to fix the issue.”

Hopefully this issue is fixed sooner rather than later. It was certainly a jarring discovery, especially so soon after Disney seemed to be broadening their horizons in regards to TV-MA content. Fans can stay tuned to ScreenGeek for updates on the situation as we have them.