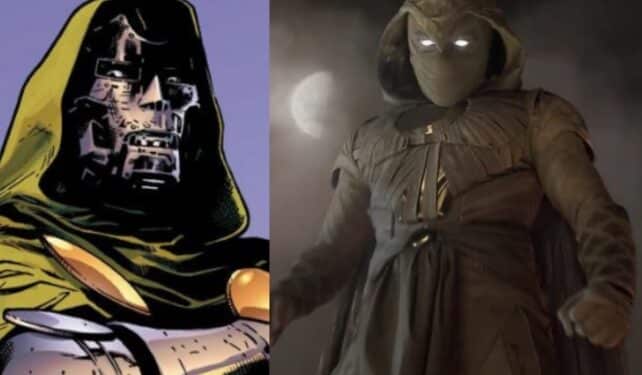 Now that the first episode of Moon Knight has been released on Disney Plus, fans have been eagerly searching for any and all Easter eggs or tie-ins to other Marvel Cinematic Universe projects. It seems the search has led to the creation of a new theory, one which suggests that Moon Knight has actually referenced one of the most important locations from Fantastic Four lore. In particular, some fans believe that the first episode of Moon Knight actually gave us our first look at the fictional country Latveria.

Fans will remember Latveria as a location from the comics, one in which villain Doctor Doom rules. Now in the first episode of Moon Knight, a small village appears that happens to resemble the descriptions of Latveria quite well. Fans will remember Steven Grant exploring the village, as he wakes up in the strange location after experiencing a blackout. As noted by users on social media, the village has several clues which hint at its true location.

These clues include signs that are written in a Slavic language, which seem to tease the possibility that he’s arrived in a village from Eastern Europe or the Balkans of Europe.

Is that Latveria in ‘MOON KNIGHT’ 😲? pic.twitter.com/Od2ywPZz2P

This is just about exactly where Latveria is located, so it’s hard not to see the similarities. In fact, Latveria even has its own castle much like the one spotted in Moon Knight – albeit named Castle Doom for its owner, Victor von Doom.

Of course, there are some inconsistencies as they’ve noted. In particular, it seems like Victor von Doom doesn’t actually own the area yet – otherwise, Ethan Hawke’s Arthur Harrow probably wouldn’t be operating there. There also aren’t any previous connections between Moon Knight and the Fantastic Four, or Victor von Doom, so it makes this theory somewhat far-fetched. But Marvel isn’t new to altering the characters and stories from their comics to better suit the Marvel Cinematic Universe. So who knows? Perhaps we’ll have more answers as the series continues.

In the meantime, fans will be able to watch Moon Knight weekly on Disney Plus.