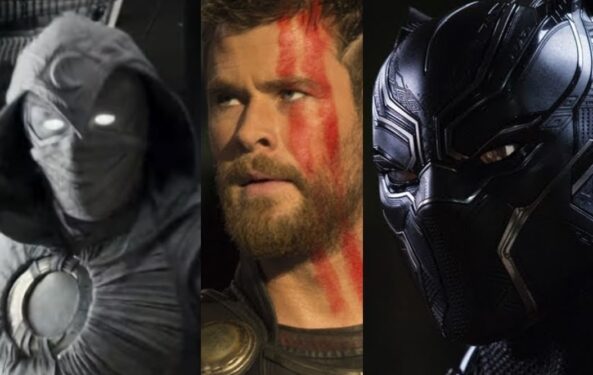 Many fans have waited years for the Marvel Cinematic Universe to finally introduce Moon Knight to its roster of superheroes. While the character has finally gotten their very own Disney Plus series, however, it’s so far remained somewhat disconnected from the rest of the MCU. While that will probably change at some point in the future, it does turn out that there are a few Easter eggs in the first episode of Moon Knight. In particular, it looks like the first episode actually managed to reference both Thor and Black Panther.

The references, which were shared via Marvel Thailand Fanpage on Facebook, are quite subtle. But once you see them, it’s clear that the history of the Marvel Cinematic Universe is present even within Moon Knight. Especially considering the show’s emphasis on mythology and history, it’s only fitting that the series should reference both Asgard and Wakanda.

It appears that among many of Steven Grant’s various books, that he has books on both Asgard and Wakanda. The books are appropriately titled What’s Old is New Again: Asgard and History of Wakanda. For a franchise that’s loaded with fictional history and lore, it really adds an extra layer of authenticity to see such items in the series. Especially considering how little emphasis was put on them. It adds to the immersive quality of the Marvel Cinematic Universe, and offers a little something extra for any MCU fans willing to keep their eyes open.

As such, it’ll more than likely pay off to similarly pay close attention to any future episodes of Moon Knight for more potential Easter eggs. With the rate things are moving, there’s no telling what the newly-released Disney Plus series is willing to reference or throw in a nod to.

The Marvel Cinematic Universe series Moon Knight is currently available to stream on Disney Plus.