‘Spider-Man: No Way Home’ Has Tobey Maguire Easter Egg We All Missed 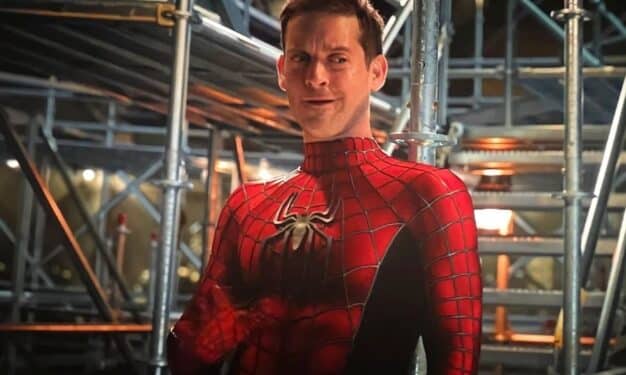 The latest Spider-Man film, Spider-Man: No Way Home, acted largely as an homage to all previous live-action film adaptations. This included appearances from both Tobey Maguire and Andrew Garfield as their respective iterations of Spider-Man, along with some of their most famous villains. As such, there were a number of Easter eggs planted throughout the film as well. One such Easter egg, referencing Tobey Maguire and a scene of his from Spider-Man 2, was largely missed by fans.

This Tobey Maguire Easter egg was pointed out by Collider from an exclusive Spider-Man: No Way Home featurette. As it just so happens, there’s a scene in No Way Home that references a key Spider-Man 2 scene. In particular, the moment when Tobey Maguire’s unmasked Spider-Man is carried into a train. One of the characters on the train says the following line:

Fans who’ve seen Spider-Man: No Way Home might remember a similar moment in the opening of that film. In particular, right after Spider-Man’s identity is given away by Mysterio, one bystander asks the following:

It’s an interesting parallel, especially considering it’s the first responses given when either character is unmasked to the public. However, when it’s said in Spider-Man 2, the line is more emotional. It shows how the public will band together to protect Peter Parker’s identity and essentially keep him safe. Whereas for Tom Holland’s Peter Parker in No Way Home, it’s a lot more insulting with everyone having become upset with the character after Mysterio’s death.

It goes to show how layered of a movie Spider-Man: No Way Home is, especially when it comes to referencing the continuities before it, and there’s no telling how many other Easter eggs are still hidden. Now that the film is available on home video, fans will likely continue to discover new things to appreciate from the Marvel Cinematic Universe blockbuster.