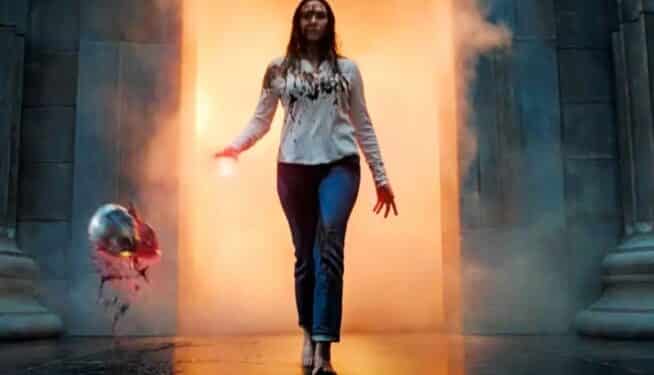 The latest trailer for the upcoming film Doctor Strange in the Multiverse of Madness has arrived. In it, fans get a good look at Scarlet Witch and what appears to be her transformation into a villain. As it turns out, there’s a scene in which Scarlet Witch is spotted attacking the Illuminati base. It’s a moment that suggests the character has become more powerful than ever, and considering she doesn’t seem to be standing alongside the heroes at this point, it could lead to quite the battle.

It’s been strongly suggested in the past that she could be a key villain in the film, and even its main antagonist. As such, this scene isn’t too much of a surprise – but it’s definitely an exciting first look into what a villainous Scarlet Witch is capable of. Especially considering she does so much damage to the Illuminati base, a location that will likely introduce many exciting Marvel Cinematic Universe secrets.

Here’s the new trailer below:

It’s unclear how the Illuminati will operate in the Marvel Cinematic Universe, but the group does appear to include Patrick Stewart’s Professor X to some degree. While we don’t know which other characters might be part of the group, Doctor Strange is apparently arrested by them for the events of Spider-Man: No Way Home. But given that there are so many other Multiverse shenanigans afoot in this new film installment, there’s no telling what other issues might arise. And it’s these issues that might give Scarlet Witch the opportunity to attack the Illuminati base.

Hopefully we’ll have more details soon, especially how all of this will play out in the overall Marvel Cinematic Universe. But considering so many of these details are being kept under wraps, fans might just have to wait until the release of the film.