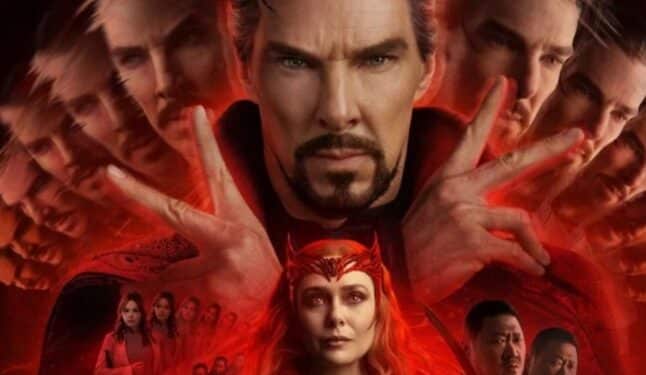 Fans are excited for Doctor Strange in the Multiverse of Madness, the sequel to Doctor Strange which takes place not long after the events of Spider-Man: No Way Home. After the latest Spider-Man film showed audiences just what the Multiverse is capable of, many are excited to see what surprises the upcoming Doctor Strange sequel has in store. This, of course, includes the film’s villain – in which a variety of different characters have been rumored to be. It’s been strongly speculated that either Gargantos or even Scarlet Witch herself could end up being the film’s main antagonist. But now a plot synopsis has allegedly managed to leak the real villain of the Doctor Strange sequel.

This leak comes via SM Cinemas, and seemingly reveals who the villain of Doctor Strange in the Multiverse of Madness. If you expected the answer to be the aforementioned Gargantos or Scarlet Witch, you might be surprised. It appears to be none other than an alternate version of Doctor Strange himself.

As revealed in the below synopsis:

“Dr. Stephen Strange casts a forbidden spell that opens the door to the multiverse, including an alternate version of himself, whose threat to humanity is too great for the combined forces of Strange, Wong, and Wanda Maximoff.”

Of course, this might not be too surprising for those who’ve paid attention to the film’s promotional material. While trailers for the film didn’t confirm that Sinister Strange would be the film’s main villain, they certainly still teased that he would be a threat to Doctor Strange and his friends. Now we know that he may just be a lot more threatening than anyone could have anticipated. Of course, the final film is still sure to have plenty of surprises – so we may have other secrets yet to uncover. It’s also worth mentioning that this variant of Doctor Strange is different from the villainous version seen in Marvel’s What If…?