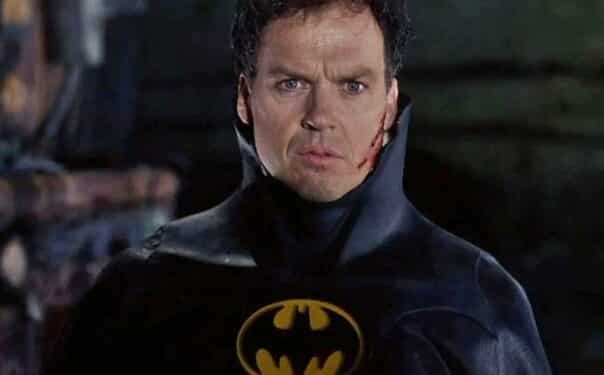 As you can see below, two new photos have surfaced from an alleged costume test. It’s unknown if these photos of the suit are from the production of Batgirl or The Flash, as both films were shot around the same time. Either way, it seems likely that Michael Keaton’s suit won’t change much between projects, so this is an exciting potential first look.

The suit appears to retain many similarities to the ones worn by Michael Keaton in his original two Batman outings. The yellow Batman symbol on his chest, for example, is very much like the ones featured on his old suits. It’s a nice touch that other modern Batman portrayals have since stepped away from. With that said, the rest of the suit still looks quite modern, with influences it seems from Christian Bale’s Batman suits. Furthermore, it’s worth noting that this suit features a very black color scheme, unlike the grey colors previously sported by Ben Affleck’s take on the character.

Hopefully we’ll have a more official look at the character soon. But for now, this is an exciting tease for what will likely be a triumphant return for Michael Keaton. Fans have wanted the actor to return to this role for decades, and now that it’s finally happening, these new projects can’t come out soon enough.

While Batgirl is expected to premiere at some point later this year in 2022 on HBO Max, The Flash will be released in theaters June 23, 2023.