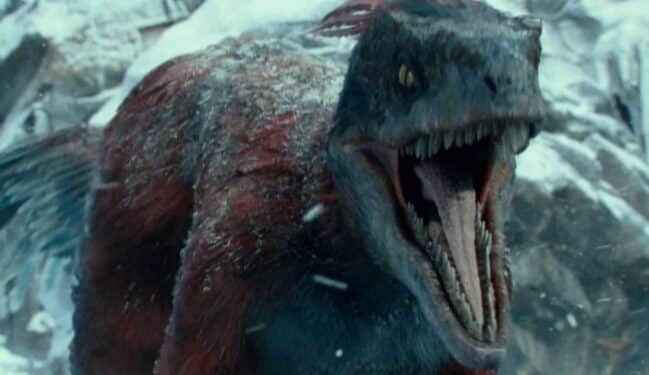 After its release at the CinemaCon 2022 event, a new trailer for Jurassic World: Dominion has finally been released online. While we’ve had previous looks at the film, this new footage includes many more plot details. It also shows off a lot more dinosaur carnage, which for fans of the franchise, is often never enough. This time dinosaurs appear to be taking over the entire world – so if previous films never had enough stakes, then this should certainly be a game-changer.

The trailer shows that the story for the upcoming film kicks off after one of Blue’s raptor babies are taken away. Chris Pratt’s character Owen sets off with Bryce Dallas Howard’s Claire to retrieve her. While this is just the beginning of the plot, we’re also treated to scenes with some of the original trilogy’s cast members. This includes Laura Dern, Jeff Goldblum, and Sam Neill.

It’s clear that this film will be doing its best to unite both the story and characters of the original trilogy with those of the newer Jurassic World films. While it’s unclear if there will be additional films after this installment, it seems likely that they will continue to show the takeover of dinosaurs on a global scale. The films have clearly moved past the theme park settings as they inch towards truly apocalyptic scenarios. As such, it’ll be exciting to see what happens with Jurassic World: Dominion and our beloved characters.