‘The Nun 2’ Confirmed To Be On The Way From WB 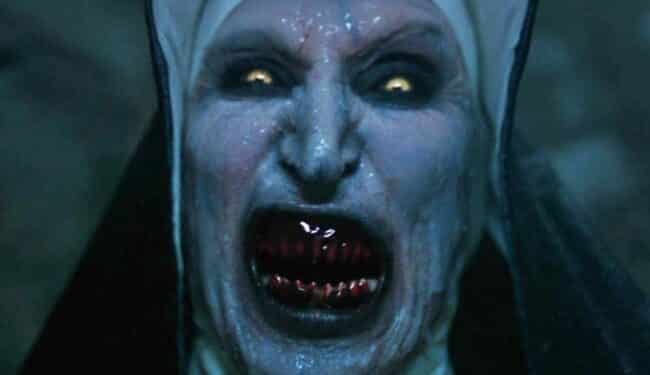 Although things in the Conjuring franchise have been quiet since the release of The Conjuring: The Devil Made Me Do It, the iconic franchise is still far from over. In fact, Warner Bros has just confirmed that a previously-announced spin-off is still in development. Fans will likely recall that a sequel to The Nun was announced by Warner Bros after the 2018 spin-off was a box office success. However, since its announcement in 2019, things have been quiet in regards to The Nun 2.

Now, while at the CinemaCon 2022 event, Warner Bros announced that The Nun 2 is still on the table and will be directed by Michael Chavez. Bloody-Disgusting was able to share the good news, and even noted the following:

“The Conjuring Universe is getting set to expand once more with The Nun 2 confirmed to be on the way by Warner Bros. during the ongoing CinemaCon tonight, the sequel teased in a sizzle reel that was shown during the Warner Bros. presentation tonight.”

It’s great news for any fans that have been anxiously waiting to see if the Conjuring franchise would be continued. While it’s unclear what exactly happened to other spin-offs that were announced like The Crooked Man, it seems fans can still expect another visit from The Nun. Of course, plot details are scarce at the moment, but hopefully more information will be shared soon. In any case, it hopefully shouldn’t be much longer before details from The Nun 2 are made clear.

It was previously announced that Akela Cooper would be writing the sequel to The Nun. Their work includes James Wan’s recent horror flick Malignant, so if that’s any indication, then The Nun 2 could be quite a wild addition to the Conjuring franchise. Fans can stay tuned to ScreenGeek for any additional updates on the project as we have them. In the meantime, maybe now is a good time to go back and revisit the many film installments that have been released under the Conjuring name so far.