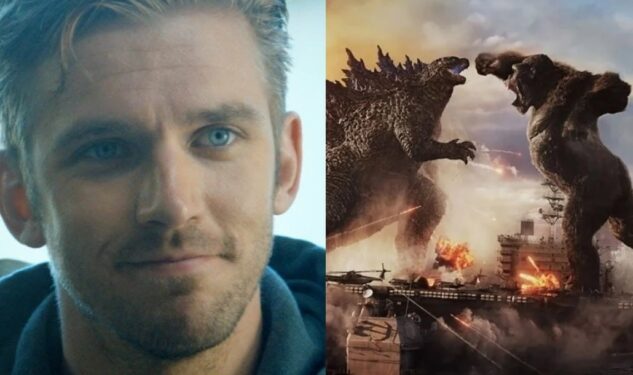 Fans were delighted by Godzilla vs. Kong, Adam Wingard’s epic crossover between Godzilla and King Kong. As such, audiences have been wondering what the next step for the film franchise would be. While Adam Wingard confirmed that the sequel to the filmwould be shooting this year, we now know who will be starring in the upcoming film. It’s been revealed that Dan Stevens, known for having worked with Adam Wingard in his 2014 hit The Guest, will play the lead in the Godzilla vs. Kong sequel.

This news comes via Deadline. While many other casting announcements will probably follow, this is still an exciting development for the highly-anticipated sequel and the MonsterVerse franchise.

“Marking the first major role to be cast in the upcoming sequel, Dan Stevens is set to lead the next installment of Legendary’s Monsterverse film franchise, a follow-up to last year’s Godzilla vs. Kong. Adam Wingard, who helmed the first film, is returning to direct, with production is slated to begin this summer in Australia.”

Of course, they also noted that plot details at the moment are scarce:

“Per usual, plot details are being kept under wraps, other than following the film’s larger-than-life monsters and then preparing for their next battle against each other.”

It was previously suggested that Adam Wingard was interested in developing a Son of Kong film. As monster movie fans know, the original King Kong had a sequel titled Son of Kong. It would certainly be fitting, then, to adapt the concept for the modern MonsterVerse. But it’s also possible that plans have changed since then. As such, fans will have to stay tuned to ScreenGeek for further updates as we have them.

In the meantime, it’s great news to learn that Dan Stevens has been cast in the Godzilla vs. Kong sequel. While fans are still hoping he and Adam Wingard will unite for a sequel to The Guest, this is certainly the next best thing.