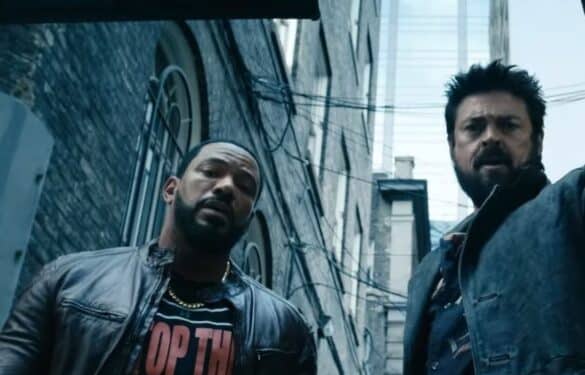 While we were given a few teasers for the upcoming season of The Boys, we hadn’t actually been given a full trailer for Season 3 yet – until today. The trailer features what you have come to expect from the Amazon Prime Original Series, as we get plenty of humor, blood, gore and more.

As you can see from the trailer below, Karl Urban‘s Billy Butcher wants to “level the playing field” and takes a serum to make himself become a “supe” temporarily. We also get a look at Jensen Ackles’ Soldier Boy – someone who could potentially take out Antony Starr’s Homelander.

Check out the trailer here:

Here’s the official synopsis for the third season:

“It’s been a year of calm. Homelander’s subdued. Butcher works for the government, supervised by Hughie of all people. But both men itch to turn this peace and quiet into blood and bone. So when The Boys learn of a mysterious anti-Supe weapon, it sends them crashing into The Seven, starting a war, and chasing the legend of the first Superhero: Soldier Boy.”

When speaking about Season 3, Homelander actor Antony Starr actually said it was his favorite seasons:

“Oh, my God, [Season 3] is hands down one of the most enjoyable seasons of TV I’ve had the good fortune of being involved with! I had a great time on Season 2, and I thought we did something really cool there where we took it next-level in many ways from Season 1, and really, it’s just the extension of that.”

The Boys Season 3 arrives on Amazon Prime on June 3rd.