‘Morbius’ Is Coming Back To Theaters Because Of Memes 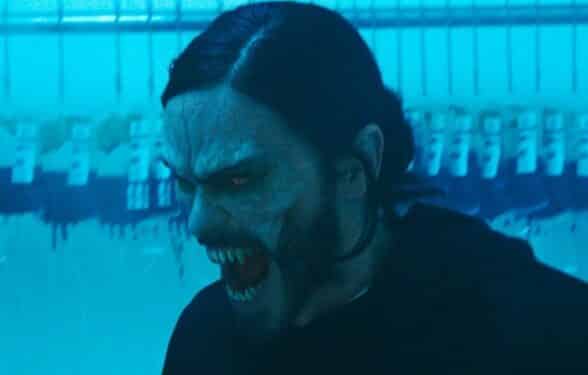 When Sony released Morbius, it stands to reason that they were hoping for another success like their Venom films. After all, Venom and Venom: Let There Be Carnage were both very successful with fans and at the box office. So successful, in fact, that Tom Hardy and his Venom counterpart even had a cameo in Spider-Man: No Way Home. It seemed like Sony finally nailed the formula to creating a Marvel universe of their own. As such, everyone was excited to see what they had in store for fans with Morbius. Unfortunately, Morbius didn’t do as well in theaters, and it was actually quite the disappointment.

Interestingly, however, it looks like Morbius will soon be returning to theaters for no other reason than the memes. Indeed, social media users have been making jokes out of Morbius so much that Sony has now found new value in the name. While it’s unlikely that they’re taking this newfound fandom seriously, so don’t be expecting any sequels to be abruptly greenlit, it does seem to have been enough for Morbius to get back in theaters.

As confirmed via ComicBook:

“Sony’s Morbius movie is returning to theaters, ComicBook.com can confirm. New showtimes for the film will begin on Friday, June 3rd, with @ERCBoxOffice reporting that it will be added to over 1,000+ theaters.”

This is especially surprising since, not only did Sony’s Marvel film already have a lackluster theatrical run, but the film is currently available digitally. This goes to show that Sony is eager to get any extra money out of this project that they can. Of course, this will also only be a limited rerelease. As stated by the aforementioned @ERCBoxOffice on Twitter:

“Because you wanted it. Because you demanded it. Because only you can move the needle to $73.4M domestic. THE MORBIUS returns to over 1,000+ theaters this weekend…in its 10th week of release. Current total is $73.3M US/CAN.”

THE MORBIUS returns to over 1,000+ theaters this weekend…in its 10th week of release. Current total is $73.3M US/CAN. pic.twitter.com/LcSk8J5FHZ

As such, fans both ironically and not, will be able to see Morbius in theaters this weekend.