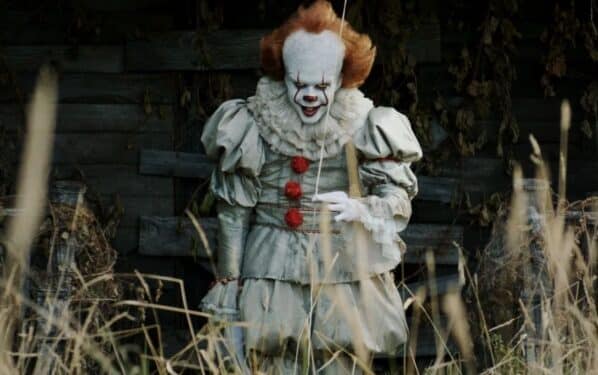 Stephen King’s horror novel IT has always been an iconic piece of literature. Especially after it was first adapted as a TV miniseries in the 1990’s. But it wasn’t until the release of IT: Chapter One in 2017 that it became a blockbuster film property. Now Warner Bros has apparently been looking into the possibility of branching off the film with a prequel television series. As for Stephen King, however, he apparently has “no intention” to write an IT sequel or have any association with the upcoming prequel.

He revealed as much while speaking with The Losers’ Club Podcast at Bloody-Disgusting. He explained that he doesn’t “have a relationship to Pennywise now,” and that the character now belongs with everyone involved in the newest movies and upcoming series.

“Well, I don’t have a relationship to Pennywise now,” King began. “Because I have no intention of going back to IT… it’s in the hands of people who are doing this… Andy and Barbara [Muschietti] are going to do ‘Welcome to Derry,’ they’re talking about it anyway. And they’ve got sort of a handshake deal, I think, with HBO Max.”

However, the beloved horror author did say that he’s excited to see how the prequel series plays out.

“It’s an interesting possibility to do that. They talked about a prequel. Which struck me as an okay idea. I’d love to see what Pennywise was up to 27 years before the ’50s. Or, I guess it would be the ’80s, because they updated the [setting]. So it would be, you know, before World War 2 or something. It’ll be interesting to see what will happen with that.”

As such, fans will simply have to wait much like Stephen King and see what happens with the upcoming series. The new series, currently titled Welcome to Derry, will reportedly take place in the 1960s. So for those hoping Stephen King would one day write a sequel to IT, this prequel series will likely be the next best thing.

Tags: HorrorITPennywiseStephen KingWelcome to Derry
No Result
View All Result