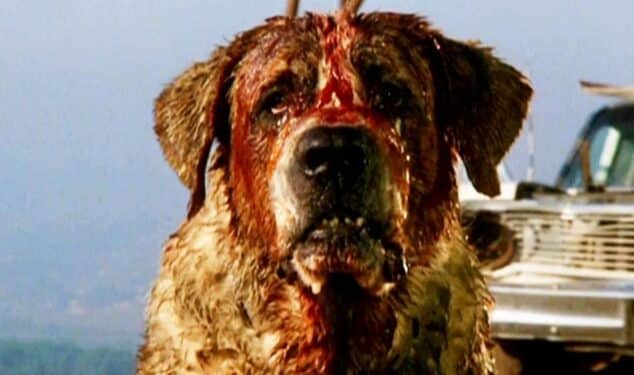 Author Stephen King has written many of the most iconic modern horror stories we have today. With such an influence over the genre, it’s crazy to think he’s rarely ever written sequels to these works. While there are some, for example the more recent novel Doctor Sleep, Stephen King seems to mostly want to explore new territory. He’s just revealed, however, that he’s written a sequel to his iconic novel Cujo.

This new sequel is titled Rattlesnakes, and the information comes via Bloody-Disgusting after Stephen King spoke with The Losers’ Club Podcast. The beloved author discussed a variety of topics but obviously it’s the sequel to Cujo that’s caught everyone’s attention.

Here’s what he had to say about the novella:

“I just wrote a long story called Rattlesnakes. And it involves, at one part, twins who are only four years old… falling into a rattlesnake pit. And the snakes get ’em. It’s a terrible scene,” he begins. “This novella that I’ve just written, Rattlesnakes… is actually a sequel to Cujo.”

Other than that, however, Stephen King didn’t reveal any details. As such, it’s unknown how the sequel follows the events of Cujo. While it’s possible that the story is more of a spiritual successor than a continuation of the original narrative, it seems likely there’d be some kind of ties in continuity. After all, many of Stephen King’s stories tend to be connected in one way or another. In fact, the events of Cujo happen to have been referenced quite a few times throughout Stephen King’s works.

The original novel, Cujo, was written by Stephen King in 1981. The novel was later adapted into the very popular film from 1983. As fans know, the story from both works centers on a Saint Bernard that contracts rabies. One can only imagine the potential with tying that to a pit of rattlesnakes.