Exclusive: ‘Obi-Wan Kenobi’ Reva Spin-Off Series In The Works For Disney Plus 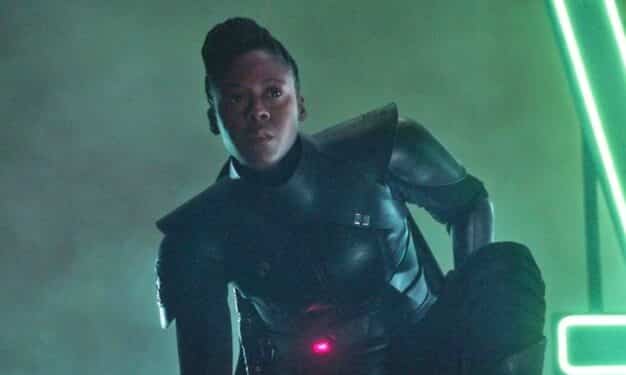 The Disney Plus series Obi-Wan Kenobi has become one of the most successful shows on the streaming platform thus far. While The Book of Boba Fett didn’t quite pan out as Disney hoped, it’s clear that there’s still plenty of appeal in the Star Wars brand. As such, there are already a variety of other Star Wars shows on the horizon including many more in development. Now it appears that we can add an Obi-Wan Kenobi spin-off, centered around the character Reva, to that list.

Our sources have told us that a Reva spin-off series starring Moses Ingram is in development for Disney Plus. We were unable to get any plot details regarding the spin-off – so it’s unclear if it will be set before or after Obi-Wan Kenobi.

A second season for Obi-Wan Kenobi is reportedly already in the works, so it seems reasonable that Reva could survive long enough for her own spin-off to take place after.

Otherwise, we could also have a series set before the events of Obi-Wan Kenobi. It’s clear that Reva’s life as an Inquisitor would have included many encounters with hiding Jedi. Fans have been eager to see more content centered around Order 66 and the fall of the Jedi Knights, so this could be a great way to do it.

As such, fans will have to stay tuned for additional information as we have it. For now, however, Obi-Wan Kenobi is currently airing on Disney Plus. With several episodes left to air over the next few weeks, it’s going to be exciting seeing what happens with the story. Especially for one that features so many of the franchise’s most important characters.

The character Reva, otherwise known as the Third Sister, is played by Moses Ingram. The actress has recently been the victim of immense backlash following her appearances in Obi-Wan Kenobi. Nevertheless, many fans have become fond of her performance, and it’s clear that she could lead a viable spin-off.