Disney Plus MCU Timeline Updated To Include ‘Ms. Marvel’ 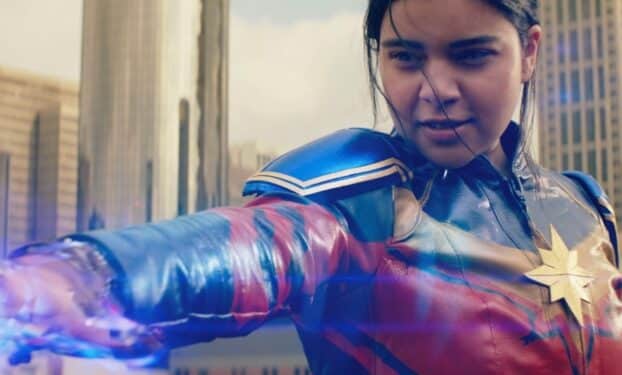 Marvel’s latest series, Ms. Marvel, is currently available on Disney Plus. Fans are already digging into the story of Iman Vellani as the titular character aka Kamala Khan. And while some internet users have been review bombing the series on IMDb, others are ecstatic to finally see it. Furthermore, some fans might be anxious to know how Ms. Marvel fits into the overall timeline, and now we know.

Disney Plus has arranged a list of their Marvel Cinematic Universe films and shows to create a chronological timeline. This timeline now includes Ms. Marvel which, as you can see, is featured at the very bottom. As such, this is the most recent-occurring event within the MCU as of this writing.

Here is the new timeline as follows:

Of course, this isn’t exactly a complete timeline. Disney Plus is excluding a few films that Disney does not have the rights to. These films include The Incredible Hulk which is with Universal as well as Sony’s Tom Holland Spider-Man films. Additionally, the list doesn’t have Doctor Strange in the Multiverse of Madness, but that film is expected to be released on the streaming platform later this month.

Either way, it’s exciting to see the timeline of the Marvel Cinematic Universe continue forward, backwards, and in between. There’s still a lot of room for new films and shows, and with all of the upcoming projects that Marvel has, we’ll continue to see this timeline grow. So stay tuned to ScreenGeek for updates on these Marvel works as we have them.

Fans can currently watch new episodes of Ms. Marvel on Disney Plus each Wednesday.