There Is Now A ‘Christians Against Ms. Marvel’ Facebook Group 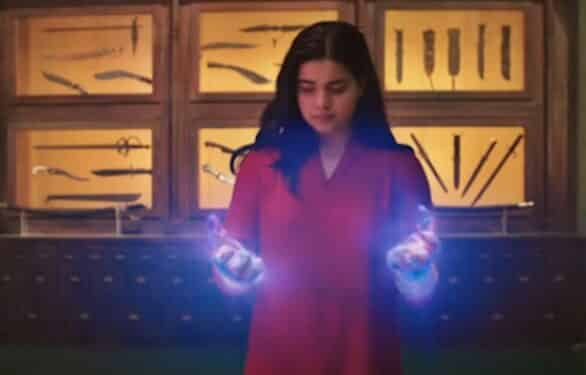 The Disney Plus series Ms. Marvel has not had a smooth premiere to say the least. It was recently review bombed on IMDb. Many trolls and haters have been finding ways to complain about the series, citing the most inconsequential details as major plot holes or negative elements. Now this hate for Ms. Marvel has spread to Facebook, where some users are participating in a group dedicated to bashing the show.

It appears that a private Facebook group, with over 17,000 members as of this writing, has dedicated itself to hating Ms. Marvel. The group, which makes no attempt at hiding its purpose, is named “Christians Against Ms. Marvel.”

The description of the group is just as blunt, citing the following reasons for existing:

“Ms Marvel might be the biggest slap in the face for conservative Christians to date!!! Disney has decided that the face of this franchise should not be Carol Danvers but should instead be a gay Muslim. no more straight Christian characters from Marvel. those days are over. please join us as we let Disney know that we will not BE CANCELLED!!!”

Thanos was right, half of humanity needs to go pic.twitter.com/bl8jiwd9fs

Interestingly, however, they call the titular character “a gay Muslim.” It’s worth noting that Ms. Marvel, however, isn’t even gay. It appears that they’re confusing the character with America Chavez from Doctor Strange in the Multiverse of Madness. This particular character is sometimes called Miss America and she does, in fact, happen to be a lesbian.

A Google search about the group will find some outlets referring to the group as an “obvious troll group”:

“Christians Against Ms. Marvel” is an obviously satirical group (with many previous iterations): https://t.co/S3yAcenbQ4 pic.twitter.com/NaDWcuFcRx

You can also see that the group’s name has been changed many times: BleedingCool looked through the group and wrote:

It is, for want of a better phrase, a troll trap. Trying to bait people who do believe the show should be cancelled because it has a Muslim lead, but also those who are adamantly against the existence of such a Facebook group and take it at face value. And then the moderators of the group sit back and watch them fight.

So while the group is indeed real, it appears that the name/mission of the group doesn’t appear to be serious. In any case, it’s quite disturbing to see so much hate brewing on Facebook over a show as harmless as Ms. Marvel.

With all of that in mind, Ms. Marvel will probably continue to be just as fine as any of these other projects the group has “targeted”.

The Marvel Cinematic Universe series Ms. Marvel is currently available to stream on Disney Plus, with new episodes airing on Wednesdays.