Report: Amber Heard Cut From ‘Aquaman 2’ And Will Be Recast 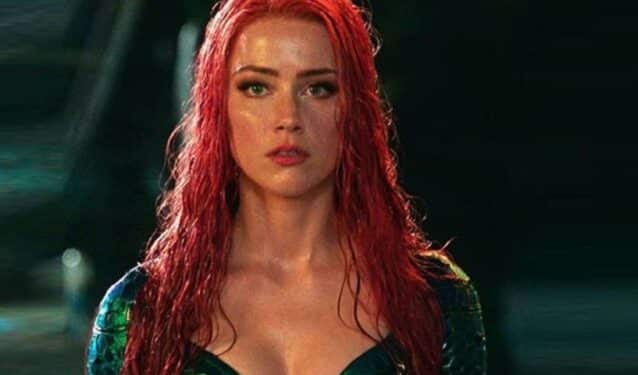 Update: A report from Variety has denied that Amber Heard will be recast in Aquaman 2. It states: Despite a report that Amber Heard was fired from her role as Mera in “Aquaman and the Lost Kingdom,” a source tells Variety that she has not been cut from the movie. A spokesperson for Heard said in a statement to Variety, “The rumor mill continues as it has from day one — inaccurate, insensitive and slightly insane.” The following story remains as written prior to the update.

It’s been a long road for fans of the DCEU, especially regarding the upcoming sequel Aquaman and the Lost Kingdom. The new movie was set to feature Amber Heard, who has been notoriously making headlines alongside her ex-husband Johnny Depp due to their ongoing legal debacle. Although their latest lawsuit came to a close, with Johnny Depp winning the verdict, Amber Heard plans to appeal. It seems things are far from finished – and now that’s become evident with the new Aquaman film. It’s just been reported that Amber Heard has not only been cut from Aquaman 2, but that her role as Mera has been recast.

This is incredibly similar to what happened with Johnny Depp, who was recast in Fantastic Beasts 3 with Mads Mikkelsen. Fans were disappointed by this particular recast, and they’ve since been petitioning to see Amber Heard receive the same fate.

“Warner Bros. decided to recast Amber Heard‘s role after screentesting the movie. They are going to be doing reshoots with Jason Momoa and Nicole Kidman,” their source reported.

However, they did have some contradicting information from another source that stated the following:

“Amber has not been completely cut from the film. She still has a very small role.”

Interestingly, their initial source maintains that Amber Heard will be recast in Aquaman 2. It’s possible that Warner Bros is working on a variety of different cuts to try and see which works best for the film. As such, fans can stay tuned to ScreenGeek for more updates as we have them.