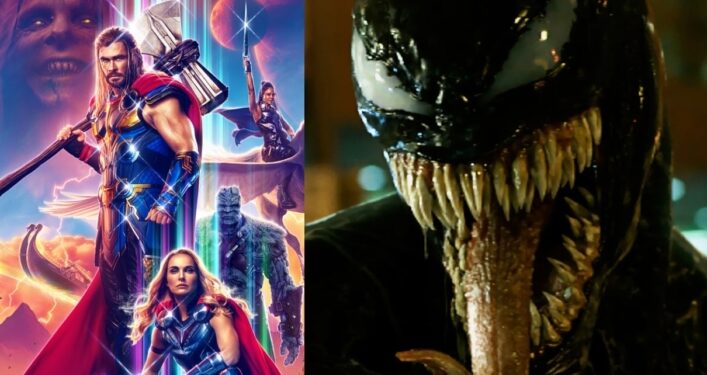 Fans are excited to see Thor: Love and Thunder and how it will continue to expand the Marvel Cinematic Universe. Interestingly, however, the film might also have ties to the Venom franchise that exists outside the MCU. Interesting, right? As it turns out, Gorr the God Butcher – who is the main villain in Thor: Love and Thunder – is quite directly tied to the symbiotes and thus Venom in the original Marvel comics.

As for Gorr’s origin in the new film, it’s unknown how closely they’ll be adhering to the comic books. But in that canon, Gorr’s life begins on a desolate planet. He grows up praying to the gods of the universe and, tragedy after tragedy, he loses faith. After the last of his family dies, he begins to grow angry with the gods, and sets off on a quest for revenge.

He learns about their existence and, in order to kill them, uses a weapon called the All-Black aka Necrosword. It’s worth mentioning that Hela, the villain of Thor: Ragnarok, is stated to have owned “a Necrosword” in an episode of Marvel’s What If…? As such, it stands to reason that there are multiple copies, which could imply Gorr’s is still the “All-Black” from the comics. But what’s so important about All-Black compared to Hela’s sword? There’s actually a lot.

The sword’s creator and previous owner, a god named Knull, forged the weapon as a living entity. The sword grants its users a number of powers similar to those granted by symbiotes. This is because Knull would later create the symbiote species himself. In the meantime, Gorr continued to butcher gods, earning his name. He’d eventually also use the sword to create his own army to help him in his efforts – a species of creatures called Black Berserkers.

As you can tell, Gorr, the symbiotes, and thus Venom are all closely-related. And considering that Venom left a piece of himself in the post-credits scene for Spider-Man: No Way Home, there just might be another connection in the making. While it’s unknown if Marvel will directly reference some of these events, considering a lot of these aspects are owned by Sony, it certainly suggests some exciting possibilities for the MCU going forward. So who knows? We might just see Thor: Love and Thunder reference Venom and some other symbiotes if we’re lucky.