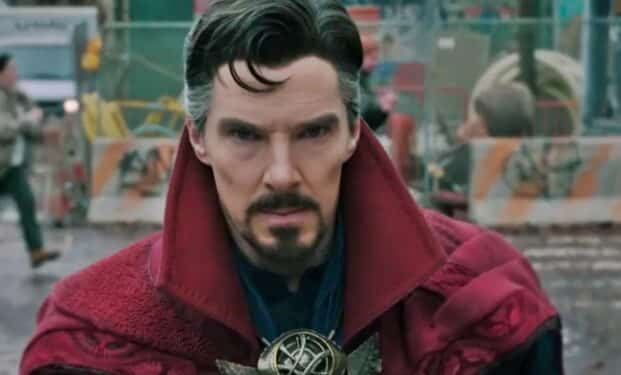 The newly-released Marvel Cinematic Universe film Doctor Strange in the Multiverse of Madness was an exciting project for many reasons. One such reason is that Sam Raimi, known for his horror film classics like The Evil Dead, would be directing. And, as Raimi fans know, that meant a cameo from collaborator Bruce Campbell was inevitable. Indeed, when the film was finally released, fans were delighted to see Bruce Campbell appear as Pizza Poppa. He also returned as the character for a post-credits scene, and as it turns out, the Doctor Strange moment actually had additional footage. Now the complete deleted Doctor Strange 2 post-credits scene can be viewed down below.

The scene actually plays out very similarly to what’s in the final film. Bruce Campbell’s Pizza Poppa is spotted punching himself, thanks to the spell Doctor Strange placed earlier in the film, and he’s eventually pleased to see that it stops. In the theatrical release, it was a hilarious moment, and one that somewhat broke the fourth-wall when Bruce Campbell shouts, “It’s over!”

Now, while the deleted scene is still played for laughs, it has a much different ending. It turns out that Bruce Campbell vows revenge against Doctor Strange.

It’s a great deleted post-credits scene, especially because it teases the possibility that Bruce Campbell could appear in other Doctor Strange cameos. In fact, that’s exactly what the character did in Sam Raimi’s Spider-Man trilogy, where he played three completely different characters in each film. It’s possible that Sam Raimi could do the same for any potential Doctor Strange sequels he might direct – or he might just bring back Bruce Campbell as Pizza Poppa himself. In any case, it’s great to see the two still working together after all these years.

Doctor Strange in the Multiverse of Madness is currently available to stream via Disney Plus.