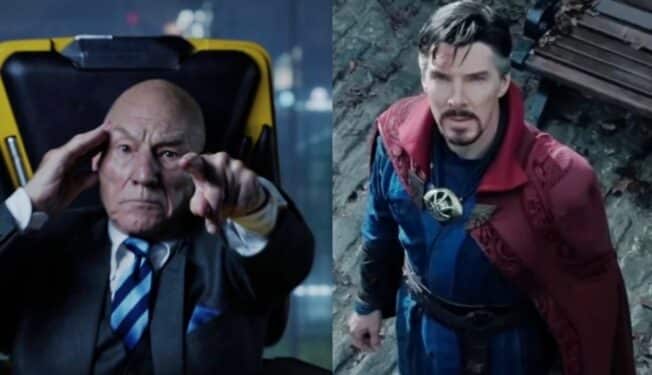 It goes without saying that Doctor Strange in the Multiverse of Madness has a ton of references to past Marvel projects. What’s interesting, however, is that the film also included a reference to Marvel’s upcoming X-Men reboot: X-Men ’97. This series will follow the events of X-Men: The Animated Series. With that said, however, the X-Men Easter egg is quite easy to miss when watching Doctor Strange 2.

Fans obviously know by now that Charles Xavier, aka Professor X, makes an appearance in the film as played by Patrick Stewart. His character is already referencing the Charles Xavier he also played from Fox’s live-action X-Men films. In his introduction, however, there’s a piece of music that plays while he shows up using his hoverchair. Fans will recognize this piece of music as the theme song to X-Men: The Animated Series. But it isn’t that simple.

Now that the Doctor Strange sequel is streaming on Disney Plus, fans who’ve used captions have noticed something quite interesting. They don’t describe the music as being the theme to X-Men: The Animated Series. Instead, they call it the “X-MEN ’97 THEME.”

As such, it looks like we now know the theme song to the new series will be a rendition of the original X-Men: The Animated Series theme. We also know that our first time hearing it is now in a Marvel Cinematic Universe project.

Of course, it’s unknown why exactly they chose this rendition of the theme. It seems unlikely that this is the same variant of Charles Xavier featured in the animated series. Furthermore, it’s unknown why they didn’t just use the original 1990’s theme. But perhaps they’re slowly hyping fans up for the upcoming animated series – and Doctor Strange 2 seemed like just as good a place as any to feature an extra X-Men Easter egg.

X-Men ’97 is currently expected to be released at some point in 2023. As for Doctor Strange in the Multiverse of Madness, that film is now streaming on Disney Plus.