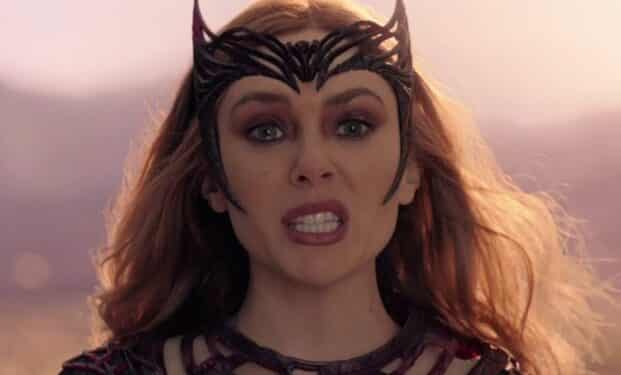 Fans were delighted to see the wide number of references and Easter eggs spread throughout Doctor Strange in the Multiverse of Madness. With so many characters and callbacks, however, it can sometimes be hard to catch them all. The new MCU release on Disney Plus, then, has given fans a new chance to spot new Easter eggs they might’ve missed. Now one producer for the film, Richie Palmer, has pointed out one such Doctor Strange 2 Easter egg that fans missed.

It was common knowledge that Gargantos would be appearing in the film for quite some time. A few leaks such as toy artworks revealed the design of the character very early on. What fans didn’t know, interestingly, is who was used as the reference for the creature’s eye. As noted by the aforementioned producer, the creature’s eye was actually created from a scan of Elizabeth Olsen’s own eyes.

Of course, they did change the eye color when creating Gargantos as well. So, without the information from anyone behind the film, this connection would have probably never been discovered. But now that fans are aware of the bridge between Elizabeth Olsen’s Wanda Maximoff and Gargantos, this Easter egg certainly adds another interesting layer to the Doctor Strange sequel.

#MultiverseOfMadness producer Richie Palmer reveals they used a scan of Elizabeth Olsen’s eyes to create Gargantos’ eyeball as a way to foreshadow the film’s real villain, The #ScarletWitch! pic.twitter.com/tPCQC0jjao

Doctor Strange 2 is a movie that has a lot going on. With so many characters, universes, and setups involved – it really can be hard to keep track. But this goes to show just how much effort Marvel Studios is willing to put into the most subtle of details. So with that in mind, it’s clear that the Marvel Cinematic Universe remains in good hands. It’ll be interesting to see what other surprises hidden in the film will come to light in the near future.

Audiences can currently stream Doctor Strange in the Multiverse of Madness on Disney Plus.