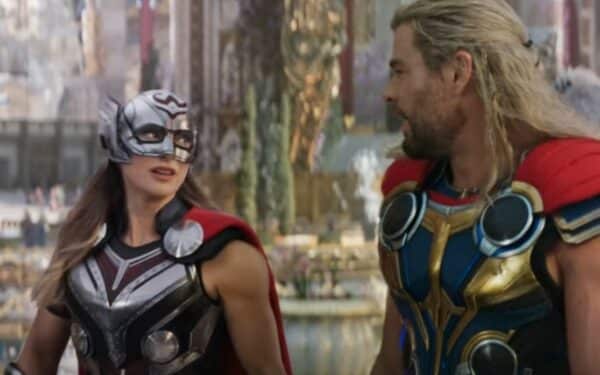 When you consider how successful Thor: Ragnarok was with fans, it’s no wonder why they’re so excited for Thor: Love and Thunder. The new film will once again be directed by Taika Waititi, and while other familiar faces are also returning like Chris Hemsworth as Thor, there are a number of new reasons to be hyped as well. For example, Christian Bale will be making his Marvel Cinematic Universe debut as the fearsome character Gorr the God Butcher. As such, there’s a lot of anticipation for just how good the film could be, and now we have our first reactions to the new MCU film.

Although the actual film won’t be released until July, the Hollywood red carpet debut already took place on June 23. Now those who attended are sharing their thoughts on social media. As you can see below, everyone seems to have been pleased with the film and there’s plenty of praise and support for those involved.

And if you were worried about Christian Bale’s take on Gorr, he’s actually one of the many elements that fans are praising!

Another classic Thor adventure! #ThorLoveAndThunder is everything I wanted it to be. Big, colorful, weird Guns N’ Roses-fueled battles to go w/ a hopelessly romantic story about discovering love in unexpected places. Christian Bale & Russell Crowe are especially great. And Korg! pic.twitter.com/fu0gTUuMRj

#ThorLoveAndThunder is the funniest film in the MCU. The jokes are excellent as is the cast delivering them.

BUT, the plot felt flat and stakeless. Not sure if that’s a #Thor problem or an MCU-without-a-big-bad problem. pic.twitter.com/G6XP9EyL0Y

THOR: LOVE AND THUNDER is a rockin’ great time with electrifying action, lots of laughs (the screaming goats!) & a profound story on absent gods & our desire for love. Natalie Portman makes a mighty return & Christian Bale slays it as the terrifying Gorr. The best Thor film yet! pic.twitter.com/s42SkqxlJj

#ThorLoveAndThunder is predictably hilarious yet unexpectedly personal and heartfelt. Christian Bale and Natalie Portman’s performances truly shine while Waititi delivers an emotional story. I think this may be my favorite Thor movie. pic.twitter.com/i7BpmQHvQ1

#ThorLoveAndThunder gets better when it’s not trying to desperately recapture the magic of Ragnarok. Most of the humor doesn’t land as well as it did the first time, but Chris Hemsworth, Natalie Portman, & Christian Bale do the best with it.

However, you can’t be that breath of fresh air twice, so you need to up the emotional connection to the characters and the plot. See the Guardians movies. #ThorLoveAndThunder tries but can’t quite hit it, and comes across as weirdly restrained, which is a shame. pic.twitter.com/KhE13qEc7x

#ThorLoveAndThunder is the GREATEST movie Marvel has made so far! I’m not joking. I haven’t laughed that hard since Ragnarok and I feel invested in Marvel again in a way that I haven’t since Endgame. Also, bring tissues. The journey is *chefs kiss* from start to finish!❤️ pic.twitter.com/bJYVxCJoQS

In addition to Christian Bale, the film also makes the return of Natalie Portman to the franchise. She’ll also be making her first steps towards becoming the Mighty Thor. And, as the social media responses have shown, she appears to have done a great job at taking on the mantle. It looks like fans have a very entertaining and fun movie to look forward to with Thor: Love and Thunder based on these responses.