Chris Pratt Cried Over Backlash From His “Healthy Daughter” Comments 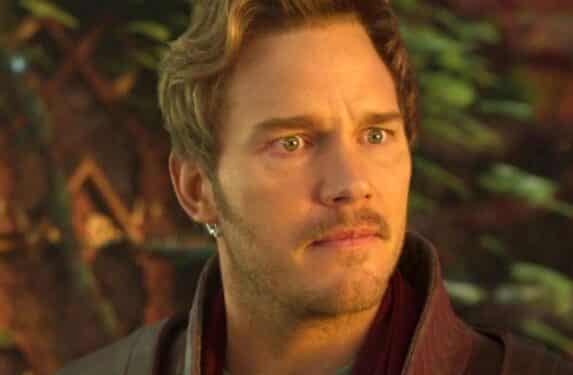 Although actor Chris Pratt is connected to a number of massive franchises these days, including the Marvel Cinematic Universe and Jurassic World movies, he’s also been the center of online backlash. It seems like social media is always looking for a new way to target the actor, and now he’s opened up about one such occasion. It turns out that comments he made regarding his “healthy daughter” generated enough backlash that Chris Pratt claims to have cried.

This was revealed in an issue of Men’s Health, where he asked why his critics are coming after him. He further went into detail. “You don’t ever wanna get caught complaining or anything,” he explained. “‘Cause I have so many blessings. I consider everything a blessing truly in my life.” This includes his wife, Katherine Schwarzenegger, their daughters 1-year-old Lyla and newborn Eloise, and his 9-year-old son Jack from ex-wife Anna Farris.

At this point, however, he began to discuss the aforementioned “healthy daughter” comments. As you can see below:

“I said something like, ‘Find someone who looks at you the way my wife looks at me.’ And then I gave her some shit in the thing and said, ‘But I love you. I’m so thankful for my wife — she gave me a beautiful, healthy daughter,’” he says about the post. “And then a bunch of articles came out and said, ‘That’s so cringeworthy. I can’t believe Chris Pratt would thank her for a healthy daughter when his first child was born premature. That’s such a dig at his ex-wife.’”

He then described how these comments not only upset him, but that he feels bad for his 9-year-old son that will have to read them someday as well.

And I’m like, That is f**ked up. My son’s gonna read that one day. He’s nine. And it’s etched in digital stone. It really f**king bothered me, dude. I cried about it. I was like, I hate that these blessings in my life are—to the people close to me—a real burden.”

Chris Pratt also discussed the social media users that have connected him to the Hillsong Church. According to Pratt, he has nothing to do with the church. He also doesn’t quite understand why social media users now associate him as the “face of religion.”

“Religion has been oppressive as f**k for a long time. I didn’t know that I would kind of become the face of religion when really I’m not a religious person. I think there’s a distinction between being religious—adhering to the customs created by man, oftentimes appropriating the awe reserved for who I believe is a very real God—and using it to control people, to take money from people, to abuse children, to steal land, to justify hatred,” Pratt explains. “Whatever it is. The evil that’s in the heart of every single man has glommed on to the back of religion and come along for the ride.”

While social media will likely continue to find reasons to target Chris Pratt, he explains this was motivation for one of his latest movie roles. The actor stars in the upcoming film The Terminal List which Chris Pratt happened to relate to because of the backlash. As he explained:

“It was an opportunity for me to play a character who takes vengeance against the people who took his family, because—as a man and a dad—I feel out of control around being able to protect my family when it comes to the press or Twitter or whatever,” he says. “I never was actually aware of that. It’s really . . . maybe that’s—I think that might be an astute observation.”

The Terminal List will be streaming via Hulu on July 1.