Rumor Says Amber Heard Started An OnlyFans Account – But Is It True? 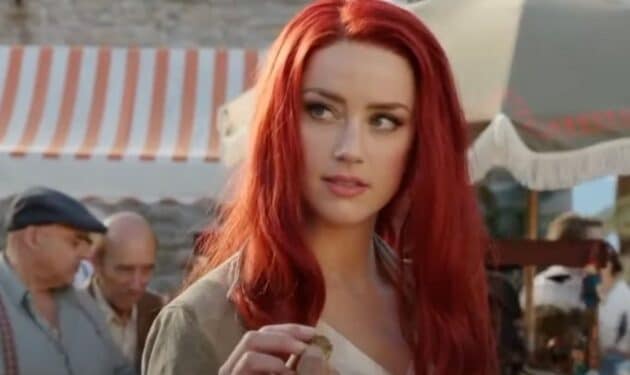 Although the lawsuit between Amber Heard and her ex-husband Johnny Depp has ended, with most of the verdict going in favor of Johnny Depp, the focus has not stopped. In fact, Amber Heard continues to make headlines, especially as the Aquaman actress plans to appeal the verdict or have it thrown out entirely. While we wait to hear more information on that front, however, new rumors have spread suggesting Heard has opened up an OnlyFans account.

At a time when Amber Heard is expected to pay over $10 million to Johnny Depp, an amount she claims she can’t afford, the rumor indicates that Amber Heard would use OnlyFans to ease her financial burdens. This is just after a video surfaced which showed Amber Heard shopping at TJ Maxx.

For those unfamiliar, OnlyFans is a platform that allows users to share content to subscribers. Many of these users have taken the opportunity to monetize their own nude images or videos as a result. Now a further video has surfaced on TikTok in which user @meechreacts21 initiated the rumors that Heard has an OnlyFans account.

“Heard has done the impossible,” @meechreacts21 begins. “So recently, Amber Heard was spotted shopping ta TJ Maxx… and the reason this is impossible is because people are wondering why she’s shopping at TJ Maxx when she’s worth negative $6 million.

“Where did this money come from? Well, she actually started an O.F. And guess how much the subscription is? $6 million. And guess who’s supporting this? Travis Scott!”

The TikTok user also included the following caption which appears to be referencing the aforementioned Travis Scott:

“He ended [up] canceling and got a refund.”

As of this writing, the video has been viewed over 12 million times. The release of this video was accompanied by other social media users making similar statements. As you can see below:

Newsweek posted the following in a “Fact-Check” article they did on the subject – calling the rumor false:

While photographs were published of Heard shopping at TJ Maxx, there is no evidence to support the TikTok’s claim that the Hollywood star has opened an OnlyFans account. Heard has at no point been publicly associated with the platform.

The initial TikTok video appears to have been made in a satirical tongue-in-cheek manner. As for the other posts that are floating around on social media, there is no evidence that Heard has anything to do with OnlyFans publicly. Thus it’s safe to say that Amber Heard does not have an OnlyFans account – and that the posts on social media saying she does are all false.