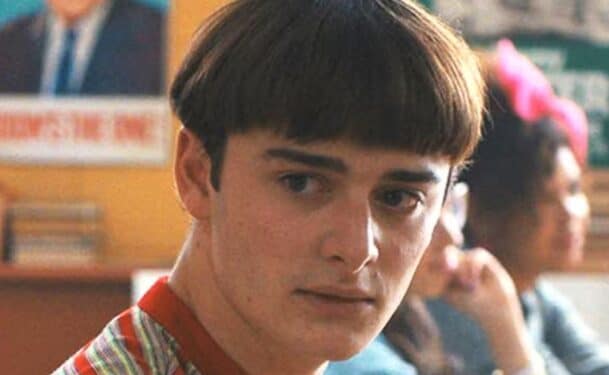 The latest season of Stranger Things finally concluded on Netflix and fans are still talking about the hit series. For example, there are many characters that will likely be continued throughout the show’s next and final season – such as Will Byers. This particular character, played by Noah Schnapp, has been one of the most important characters of the show since it began. More recently, however, fans have noticed that the character appears to be gay and that’s something many fans have theorized over the years.

This might not be a complete surprise for fans. Especially with the way his character Will seems to look at Finn Wolfhard’s Mike throughout the latest season. But this is the first time that it’s been publicly confirmed by the actor. And he explains via Variety that this was something they’ve built up to throughout the previous seasons.

“I mean, it’s pretty clear this season that Will has feelings for Mike,” Schnapp said. “They’ve been intentionally pulling that out over the past few seasons. Even in Season 1, they hinted at that and slowly, slowly grew that storyline. I think for Season 4, it was just me playing this character who loves his best friend but struggles with knowing if he’ll be accepted or not, and feeling like a mistake and like he doesn’t belong. Will has always felt like that. All his friends, they all have girlfriends and they all fit into their different clubs. Will has never really found anywhere to fit in. I think that’s why so many people come up to me and tell me that they love Will and they resonate with him so much, because it’s such a real character.”

He further discussed the experience of one Stranger Things scene which strengthened many of these fan theories suggesting Will was gay. In this aforementioned scene, Will and Mike have a meaningful conversation on their way to find Eleven. It was an emotional moment for the series and one that Noah Schnapp was pleased with:

“I remember when I was doing the scene, I was bawling, like, going all out the whole day,” he said. “And when I saw it on screen, it was actually more subtle. I liked how they edited it together. The day was a lot of fun. I love just playing with Will. This scene was really important for him, because it really solidified that truth, that he loves his best friend and he doesn’t know how to tell him.”

The actor left these types of characteristics up to interpretation in the past. But now as the series draws closer to its final season – it looks like Noah Schnapp was finally able to open up about Will Byers’ sexuality and his feelings towards Mike. It’ll definitely be interesting to see how they tackle these dynamics going forward with the show. As such, fans can stay tuned to ScreenGeek for additional updates regarding Stranger Things as we have them.

The first four seasons of Stranger Things are currently available to stream on Netflix.