Adam Scott Has Been Cast In Sony’s Marvel Movie Universe 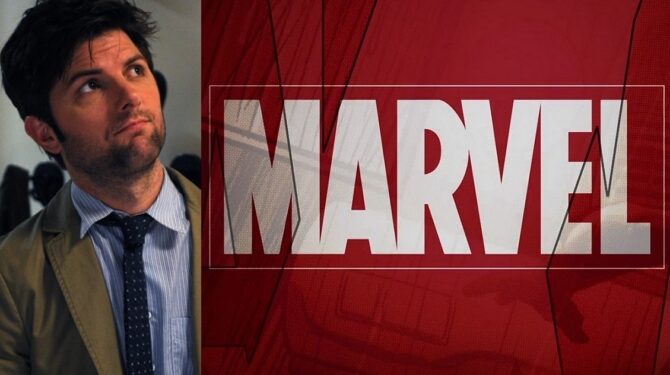 Sony is still working on building their own cinematic universe of Spider-Man characters. Although films like Morbius haven’t done as well with fans as they’d hoped, other entries like the Venom movies have been doing incredibly well. As such, Sony is still greenlighting new spin-offs left and right. Alongside the likes of the upcoming Kraven the Hunter film, Sony has also been fast-tracking a Madame Web movie. Fans who’ve been paying attention will know that the cast of Madame Web has been filled with shocking announcements. With cast members like Dakota Johnson, Sydney Sweeney, and Emma Roberts, it’s hard not to be curious if not incredibly excited. Now it’s been announced that Adam Scott has joined the growing cast of Madame Web.

This announcement, via Deadline, only detailed that Adam Scott was involved in the project. At this stage, like many of the other cast members, it’s still unknown which character he could be playing.

But considering that the Madame Web character is often associated with the entire scope of the Spider-Verse – all bets really are off. So fans should put on their thinking caps because this could be one of the biggest live-action Spider-Man films since the most recent Multiverse epic Spider-Man: No Way Home.

Here’s what was said in the announcement regarding Adam Scott and his involvement in Madame Web:

“Adam Scott looks to have already found his next project as sources tell Deadline he is set to join the cast of Sony Pictures’ Madame Web starring Dakota Johnson.”

As stated, there isn’t much information beyond this at the moment. But hopefully we’ll have more information as production on the film continues. In the meantime, this is still quite the exciting addition to the film’s growing cast of surprising stars.

The rest of the growing cast of Madame Web includes Dakota Johnson, Sydney Sweeney, Celeste O’Connor, Isabela Merced, Emma Roberts, and Tahar Rahim. Fans can stay tuned to ScreenGeek for additional cast updates as we have them. At this rate, it’ll be exciting to see who else could be added to the growing ensemble.