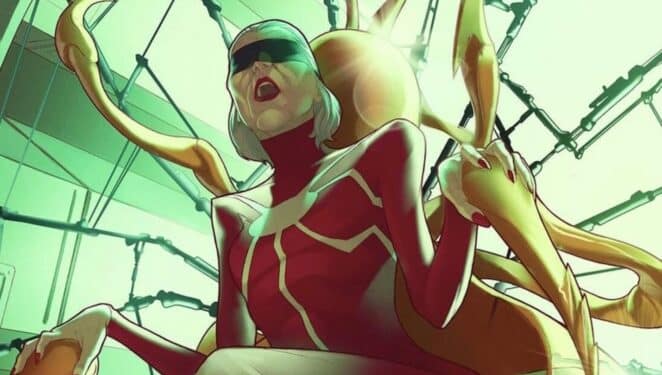 Sony is working on a wide variety of films using iconic Spider-Man characters. While most of these focus on the franchise’s villains, as is the case with the upcoming Kraven the Hunter movie, they do have a film centered on Madame Web on the way. Fans will recognize Madame Web as the clairvoyant character that’s often tied to the “Spider-Verse.” As such, fans have suspected the film will tackle the Spider-Verse/Multiverse as well. While this was initially speculation, official plot details for Madame Web have now been revealed.

The plot details for the film were revealed alongside the announcement that Celeste O’Connor has joined the cast. As noted via Deadline, the film appears to be an “origin story” for the titular character. They also mention a “spider world” which one can only imagine indicates the inclusion of the Spider-Verse.

As they’ve stated in the brief plot given for Madame Web:

“The film will be an origin story of the clairvoyant, whose psychic abilities allow her to see within the spider world.”

Interestingly, they were unable to reveal who Celeste O’Connor will be playing. She will, however, be joining the cast alongside Dakota Johnson and Sydney Sweeney. While it’s also unknown who Sydney Sweeney will be playing in the upcoming blockbuster, Dakota Johnson is expected to play the titular clairvoyant. Hopefully more details will be shared soon, especially with the film scheduled to be released next year. Fans can stay tuned to ScreenGeek for further updates on this mysterious Spider-Man spin-off as we have them.

With this film on the way, and others like the aforementioned Kraven the Hunter and El Muerto, Sony is certainly doing their best to expand the Spider-Man world on the big screen. While some of their endeavors like Morbius have been less than successful – it’ll be exciting to see what they come up with for these other attempts.