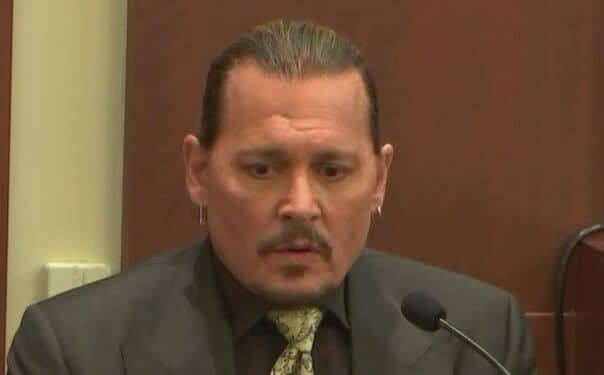 Johnny Depp recently won his latest lawsuit against Amber Heard. Although Amber Heard is attempting to either appeal the verdict or have the case thrown out entirely – it appears that Johnny Depp is eager to move on. This is now evident in the latest lawsuit that would have involved Johnny Depp. A film location manager, Gregg “Rocky” Brooks, recently accused Johnny Depp of alleged verbal and physical assault while working on a set together for the 2018 film City of Lies.

Brooks emphasized his desire to sue Johnny Depp – but now it appears that the lawsuit has been settled.

As noted via Deadline:

“In a filing in Los Angeles Superior Court, Brooks’ lawyer Arbella Azizian said a settlement had been reached, kind of.”

They further explained that while the terms are not public and it could still go the other way – it seems to have been taken care of for now. Specifically, Johnny Depp appears to have paid Brooks off entirely.

“No terms were made public, and the whole shabang could still be scuttled as can always happen up to the last minute in these things. However, after weeks of behind-the-scenes talks between the sides, it looks like Depp is paying off Brooks to go away and have another lawsuit disappear — much like he did with his ex-business managers in 2018.”

As the notice of settlement in the docket declares:

“The settlement agreement conditions dismissal of this matter on the satisfactory completion of specified terms that are not to be performed within 45 days of the date of the settlement,” reads the notice. “A request for dismissal will be filed no later than 1/5/2023.”

Furthermore, a minute order from Judge Holly J. Fujie states that there will be a “Dismissal After Settlement” scheduled for February 16, 2023. As such, if everything continues to move in this direction, then this settlement could soon disappear. This would put Johnny Depp in a much more clear place in regards to legal issues. And, with that in mind, he’ll mostly only have Amber Heard to worry about if they manage to go to trial again.

The alleged issue between Johnny Depp and Gregg “Rocky” Brooks first occurred while on the set of City of Lies on April 13, 2017. Johnny Depp was alleged as having been intoxicated and upset with the film’s location manager after he stated production had to finish for the night. Johnny Depp then allegedly began to yell at him and even hit him. Specifically, Brooks was alleged to have been hit “twice in the lower left side of his rib cage and causing pain.”

While Depp was said to have offered him $100,000 to punch him back – he refused to do so. He further refused to sign a waiver not to sue the production. As a result, he was fired, and that brought us to this point after pandemic delays halted the lawsuit’s progress.