Maya Hawke Gets Nude In Her New Orgy-Themed Music Video 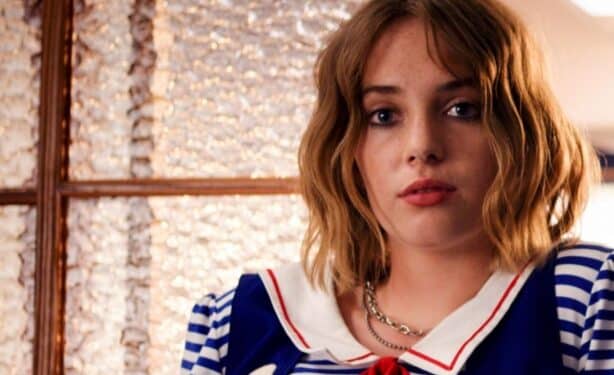 While speaking with Dazed, Maya Hawke explained her message with the video and song. It has to deal with “the feeling that loneliness is the worst thing,” at least “until you realize it’s far superior to bad company.”

It’s about “the feeling that loneliness is the worst thing, until you realize it’s far superior to bad company; about how free we are as kids and then as we go through puberty and culture crushes down on us and instead of being ourselves, we start to try and be like everyone else.”

”In an article on Art News upon his death, it was written that ‘Yoshiyuki’s photographs remind us that the conflict between private and public is timeless, something we all must grapple with in every aspect of our lives’ – that sounded really right to me,” she explained.

With that said, she mostly just wants people to have some kind of emotional response to the video. She doesn’t care whether or not that response is something positive or negative – she just wants them to “feel something other than shame, self-hatred, and loneliness.” And, considering the video’s subject matter, it seems more than likely safe to say that she and director Brady Corbet will have succeeded.

“I hope people like it or hate it, or whatever,” she concluded. “I hope it makes them feel something other than shame, self-hatred, and loneliness. I think we are all tired of feeling like that.”

Fans of Maya Hawke will be able to purchase her album Moss, which features this song Thérèse, later this year. The actress is also expected to reprise her role as the fan-favorite character Robin for the next and final season of Netflix’s Stranger Things. Stay tuned to ScreenGeek for additional updates as we have them.