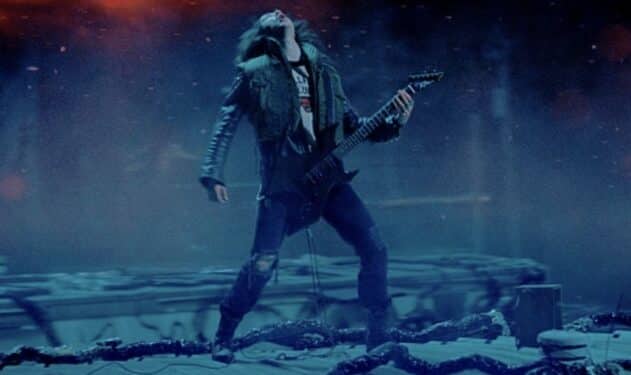 As with every season of the hit Netflix series Stranger Things, there are tons of exciting new moments in the fourth season of the show. Many of these moments have already been adopted by fans and almost immediately incorporated into popular culture. One such moment comes at an exciting time when fan-favorite character Eddie Munson, played by Joseph Quinn, takes the opportunity to play Metallica’s Master of Puppets while inside the Upside Down. It’s an incredible moment and one that has had many Stranger Things fans blasting Metallica daily since the episode premiered.

Now it looks like Metallica is taking the opportunity to go somewhat meta with the iconic scene. As you can see below, Metallica actually showed clips of Eddie Munson playing their Master of Puppets track during one of their concerts. It certainly had the audience hyped and Metallica played Master of Puppets to the clips.

As you can imagine, everyone loved the show and the crowd went wild with cheers.

Here’s the footage of Metallica playing Master of Puppets while the iconic Stranger Things scene plays in the background:

It definitely goes to show just how popular the scene really has become. While it was likely always going to be a hit with fans, no doubt everyone involved is ecstatic to see how far pop culture has taken it. Interestingly enough, Joseph Quinn who played Eddie Munson actually learned to play the song ahead of filming. Quite a few shots actually include him playing the song on guitar himself. Of course, a stand-in was used for certain close-up shots. In any case, it’s a great scene and it’s great to see both Metallica and fans endorse it.