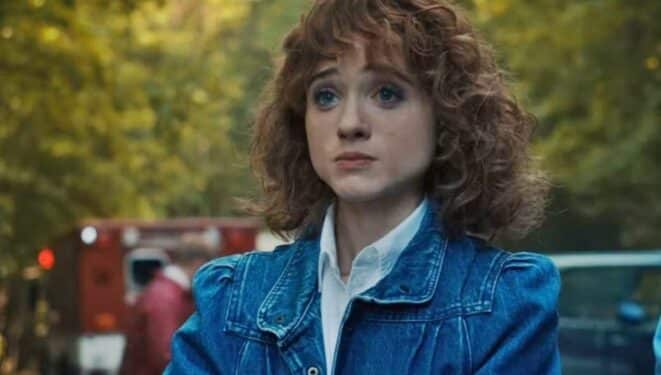 The Netflix series Stranger Things is often recognized for its incredibly popular cast. Many of the show’s stars are beloved by fans and they certainly aren’t afraid to show it. This was recently illustrated when a plastic surgeon created a TikTok video focusing on Natalia Dyer, who plays Nancy Wheeler on the series, – and she immediately faced the backlash of upset fans.

The plastic surgeon, Miranda Wilson, created the aforementioned TikTok video which contained an unsolicited hypothetical plastic surgery consultation. Essentially, she made an assessment regarding Natalia Dyer’s face that fans did not take kindly to. It’s interesting because she began the video with the following statement:

As stated, however, she quickly lost the goodwill of fans. Miranda Wilson continued to say that Natalia Dyer could use a slimming procedure for her masseter muscles, chin filler, lip filler, and even a botox treatment to lift her brows.

i could never be a celebrity because if someone made a video like this about me i would get violent pic.twitter.com/4mgNbZcwHb

I feel like this woman in unemployed and friendless

“Let’s make everyone look as much the same as possible”

isn’t really the positive to me she thinks it would be. I cant imagine looking at a beautiful face like that and thinking “how can I make that more generic”

Let people be their natural selves as much as possible.

While fans are visibly upset by this plastic surgeon and her hypothetical “fix” for Natalia Dyer, it’s worth noting that Dyer herself has not made any comment. In fact, she seems to be quite inactive when it comes to social media. As such, we likely won’t see any response from her on the matter. But considering the unsolicited videos like this that people tend to create – it isn’t surprising why she avoids these platforms in the first place. Luckily, Natalia Dyer is still a major driving force in the Stranger Things cast, and she’s likely hard-at-work with the next season alongside the rest of the cast and crew.

The first four seasons of Stranger Things are currently available to view on the Netflix streaming service. The fifth and final season of the fan-favorite series is currently in development alongside an upcoming spin-off. Fans can stay tuned to ScreenGeek for additional updates regarding these highly-anticipated Stranger Things projects as we have them.