Film Adaptation Of Stephen King’s ‘The Regulators’ In The Works 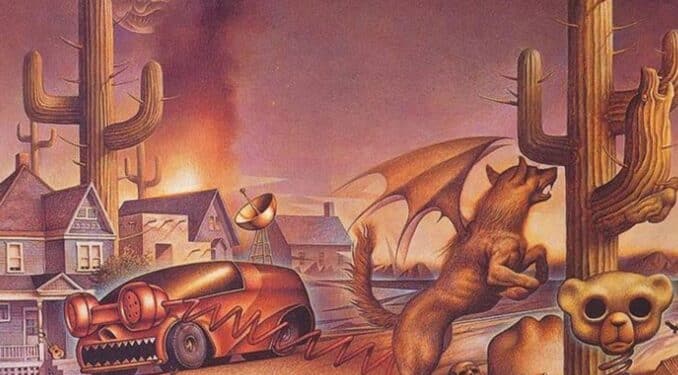 Many Stephen King fans are well-aware that the iconic horror author actually published several stories under a pseudonym. This pseudonym, known as Richard Bachman, has gone on to become a massive part of Stephen King’s legacy. In fact, many of his stories have focused on duality as a result over the last few decades. In any case, it looks like one of “Richard Bachman’s” stories is soon to be adapted for the big screen. It’s been revealed that a film adaptation of The Regulators is being developed.

As revealed via Deadline, it’s been stated that “Bohemia Group has optioned film rights to Stephen King’s bestseller The Regulators.” Furthermore, they revealed that an exciting writer has been attached to write the film’s screenplay.

This writer is none other than George Cowan, who has been tapped “to adapt the Western horror-thriller for the big screen.”

In addition to this news, author Stephen King delivered the following statement:

“I’m delighted that the excitement of ‘The Regulators’ is coming to the screen,” King began. “This is going to be good.”

Meanwhile, Bohemia Group CEO Susan Ferris had the following to say about working with Stephen King and his team to deliver an adaptation of The Regulators:

“We could not be more thrilled than to be working with the prolific Stephen King and his team on this project,” she stated. “The novel’s themes and characters resonate so powerfully, and we are looking forward to making an incredible film.”

Her statements were shared by Bohemia Group’s Executive Vice-President, producer Justin Ross, who developed the script alongside writer George Cowan:

“Working with Stephen King is a long-time wish fulfilled,” Ross added. “Susan and George and I look forward to doing the novel and its author proud.”

It’s always exciting news when a brand-new Stephen King adaptation goes into development. With this particular adaptation being based on a Richard Bachman story, however, fans will be getting an exciting take that’s a little different than his usual work. As such, fans can stay tuned to ScreenGeek for further updates as we have them. It’s going to be a project worth keeping an eye on.

The Regulators has become one of Stephen King’s most interesting stories yet to be adapted, and especially one of Richard Bachman’s as well. Indeed, this is a great time for fans of the celebrated horror author and his fascinating legacy of work.