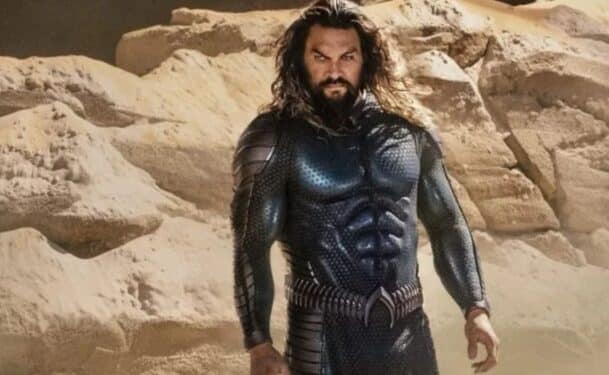 Fans are interesting in seeing what direction Aquaman and the Lost Kingdom takes the DCEU. After all, the first Aquaman film was a positive step forward. Especially after films like Justice League didn’t exactly pan out the way that both Warner Bros and fans had hoped. And, although details about Aquaman 2 have been scarce, actor Jason Momoa has teased that it will be something of an allegory for climate change.

Obviously, this isn’t too surprising given the character’s role in the superhero world. But it certainly sounds like an interesting change of pace from other such projects.

Jason Momoa explained as much in an interview with GQ, where he discussed how the film will “speed up” what’s supposed to happen to our own planet if climate change continues its path.

“I don’t want to give too much away. But we really get to speed up what is going to happen to this earth, and it’s not because of aliens,” Momoa teased.

He then discussed how the film will focus on a “positive message” and “bring awareness of what is happening to our planet.” While the first Aquaman film was a fun blockbuster hit, it definitely sounds as though this sequel will take things in a different direction with its themes regarding climate change.

“These superhero movies dominate our market, which I have my own thoughts on because I love cinema, but we try to put out a positive message and go on an adventure,” Momoa continued. “Aquaman is the most made-fun-of superhero in the world. But it’s amazing to be able to bring awareness of what is happening to our planet. It’s not some story that’s been told over and over, [it’s a] movie about what’s happening right now but in a fantasy world.”

Hopefully we’ll have a better idea of what Jason Momoa is teasing in the near future. Until then, fans will have to wait for additional Aquaman news as we have it. Stay tuned to ScreenGeek for further updates.