‘She-Hulk’ Faces Backlash Over Being “Too Woke” 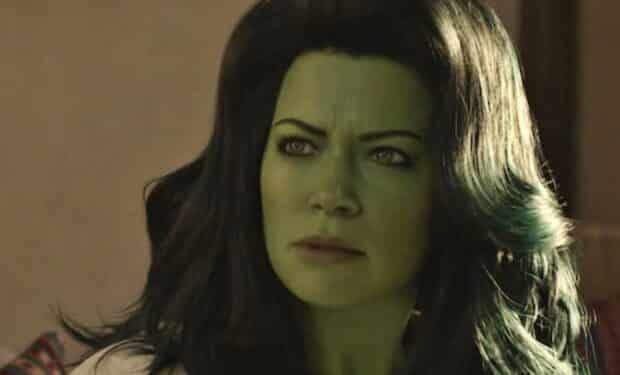 The Disney Plus series She-Hulk was recently review bombed just ahead of its premiere. This has become a common pattern with recent Marvel projects. While some fans have welcomed Marvel’s added diversity, others are disappointed by what they consider an attempt to be “woke.” As such, some new dialogue that’s been considered “woke” by some viewers now has She-Hulk facing backlash on Twitter.

You can see several posts shared below where users completely trash She-Hulk. Whether it’s tearing apart the dialogue from a certain scene, comparing it to past Marvel projects, or simply asking who this series was meant for – it’s clear that plenty of Marvel fans are upset.

Of course, there are many fans that appreciate She-Hulk and the feminist POV it’s trying to introduce to the Marvel Cinematic Universe.

Here are some of the posts which comprise the backlash She-Hulk is currently facing:

This is it, ladies and gentlemen. This is the whole reason they made this show. https://t.co/MCRfGCVXz9

I have to control my anger anytime I see this “OMG we’re victims allllllll the tiiiiiiiiiiime” BS being peddled to women who have more advantages than most humans who have ever lived could have possibly imagined https://t.co/KfwhUjoOnB

As a woman, I am INSULTED that SHE HULK would in anyway boast that her self control is better than his, or that her “trauma” of professional disrespect is anywhere close to the abuse Bruce endured. https://t.co/nYEMTauQpR

Haha this is gold.

Western women are the most privileged humans with lives of comfort and abundance in the history of the world.

Say what you want, but at least @DCComics had the sense to cancel Batgirl instead of embarrassing themselves with woke feminist trash like this. https://t.co/6yC2zNsfmP

Disney/Marvel has been dropping the ball a lot lately, but they really REALLY messed up She-Hulk. Comparing how she treats Bruce in the show to this scene from comics is just depressing… pic.twitter.com/g72gA3wCzd

How it started vs how it is going: pic.twitter.com/U8BhoBWx8R

Apparently the She-Hulk show is so woke even feminists think it’s too woke XD https://t.co/p3fC3Z84Vy

Of course, as the series continues to air, it’s possible that it will find its footing. And, as a result, the backlash its facing could decrease. Otherwise, this might be one series that just won’t be able to find a break. But as the Marvel Cinematic Universe continues – so too does its quest to introduce more diversity than ever before to the superhero franchise. So stay tuned to ScreenGeek for additional updates as we have them. Meanwhile, we’ll just have to see how She-Hulk continues to be received by viewers and fans alike as the series continues.

She-Hulk as Jennifer Walters aka the titular character. She’ll be joined by Mark Ruffalo as Bruce Banner aka Hulk. Tim Roth also reprises his role as Emil Blonsky aka the Abomination from 2008’s The Incredible Hulk. Ginger Gonzaga, Renée Elise Goldsberry, and the aforementioned Jameela Jamil also star.

The new Marvel Cinematic Universe series She-Hulk: Attorney at Law is currently available to stream on Disney Plus.