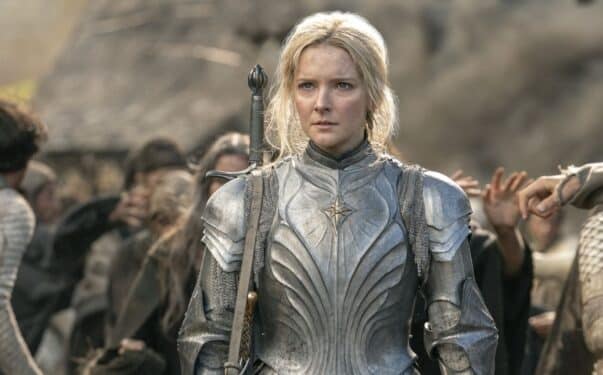 Although the new Amazon Prime series The Lord of the Rings: The Rings of Power is finding success with many fans of Tolkien’s work – others are not so pleased. In fact, it turns out that Elon Musk is one of the latter, using Twitter as a place to vent his frustrations with The Rings of Power. In fact, he’s making bold claims, stating that “Tolkien is turning in his grave” due to the show’s writing.

As you can see below, Elon Musk criticized the show’s characters in a following tweet. While “Galadriel is brave, smart and nice,” he claims that “almost every male character so far is a coward, a jerk or both.” He appears to share the sentiments of many fans considered to be toxic, especially those who believe the series is too woke.

Here are his tweets:

Almost every male character so far is a coward, a jerk or both. Only Galadriel is brave, smart and nice.

Elon Musk also claimed that “90%” of his “comments are bots.” He included the following screenshot as an example of this:

And 90% of my comments are bots 🤖 pic.twitter.com/A7RKyNJZoR

As such, it’s safe to say that Elon Musk is far from a fan of The Lord of the Rings: The Rings of Power. And, considering that his first tweet on the matter has over 275,000 likes as of this writing, many might seem to agree. But considering that the series premiered with 25 million viewers in its first 24 hours – those numbers are far behind who’s been watching the series. So, despite Elon Musk’s support, it seems safe to say that a majority of fans are so far enjoying the new series. But, as it continues, we’ll see if those numbers continue to rise or fall.

The Lord of the Rings: The Rings of Power is currently available to stream via Amazon Prime Video.