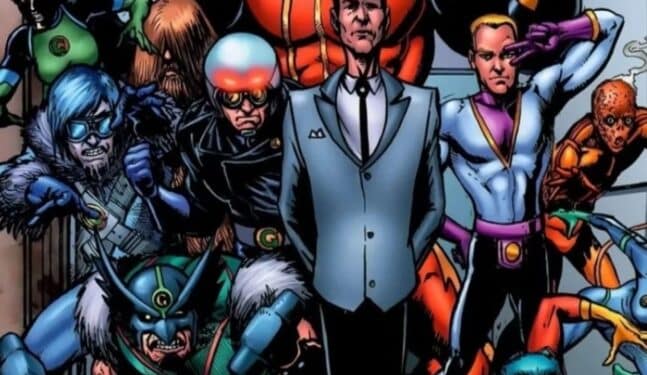 We’ve recently experienced the conclusion of The Boys Season 3 and the fourth season will soon be on the way. With that in mind, the satirical series is still expanding in other ways as well. In addition to the recent animated series spin-off, The Boys Presents: Diabolical, we’ll be getting a live-action spin-off series titled Gen V. Now, as you can see below, the first look at Gen V has been revealed.

As shared via the Vought International Twitter account, they teased a few glimpses at the show’s setting. The series will take place at a college environment for those with superpowers. There will clearly be plenty of possibilities for a setting like this. Especially in a world such as what we’ve seen with The Boys.

At Godolkin University, we aim to provide a comfortable environment for a new generation of heroes to learn what they’re made of. That’s why we’re redesigning the student union and dorm rooms via generous contributions from donors. Be sure to schedule your fall donation today! pic.twitter.com/O3svbXaOOi

While The Boys seems to satirize the superhero genre as a whole, Gen V will be a more specific take on such properties as X-Men. As fans of that comic book property know, the X-Men stories are generally tied to Charles Xavier’s School for Gifted Youngsters. But with the NSFW-stylings of The Boys involved, this will no doubt be a college comedy that will take the brand to all-new extremes.

Fans can expect to see Gen V at some point in 2023 on Prime Video. Meanwhile, fans can also stream the first three seasons of The Boys on the same service. Stay tuned to ScreenGeek for additional updates as we have them.