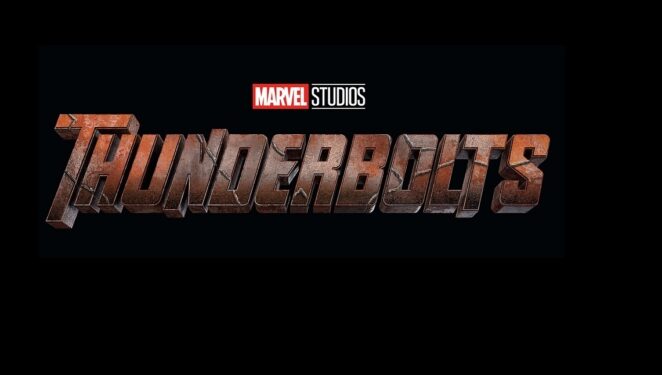 Fans have been anxious to see what lineup would be announced for Thunderbolts. Fans are familiar with the group from Marvel Comics, and for those fans of the Marvel Cinematic Universe, the potential choices for the cinematic lineup seemed endless. Now, as revealed at the D23 Expo by Disney, we now have our first look at the Thunderbolts lineup!

A piece of concept art was unveiled at the D23 Expo which shows the Thunderbolts team standing together in true MCU fashion. And, furthermore, they can all be pictured in their respective outfits and costumes. Fans will recognize quite a few fan-favorites in addition to some familiar faces we’ve only recently encountered with such projects as The Falcon and The Winter Soldier.

Here’s the new image which confirms the Thunderbolts lineup:

As those who looked at the image can see, the cast for the film includes Florence Pugh as Yelena Belova, Sebastian Stan as The Winter Soldier, David Harbour as Red Guardian, Wyatt Russell as US Agent, Hannah John Kamen as Ghost, Olga Kurylenko as Taskmaster, and Julia Louis Dreyfus as Valentina Allegra de Fontaine.

The Thunderbolts team is often illustrated in the comics with various Marvel villains much like DC’s Suicide Squad. And, as we can see with this lineup, the Marvel Cinematic Universe will follow this tradition with the upcoming Thunderbolts movie. Marvel boss Kevin Feige even had the following to say during the panel about the group of characters:

“It tells you a lot about the team when beloved Winter Soldier is the most stable among them.”

The new Thunderbolts film will be directed by Jake Schreier. Eric Pearson, who also wrote the screenplay for Black Widow, is penning the script. Marvel Studios president Kevin Feige will produce the film.

Fans will be able to see Thunderbolts in theaters on July 26, 2024. As such, we’ll have plenty of exciting updates between now and then as its release date approaches. Stay tuned to ScreenGeek for additional updates as we have them.