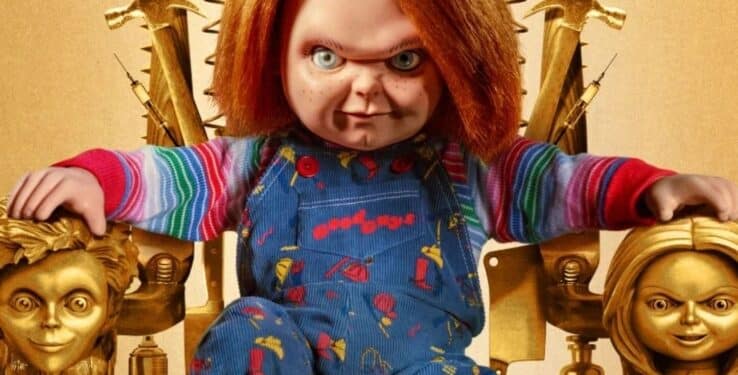 The Child’s Play franchise has found a new life on television with the hit TV series Chucky. The first season of the series was widely popular with audiences, and as a result, Season 2 was quickly put into production. While fans were already treated to an exciting teaser trailer for Chucky Season 2, the full trailer is now here, and it’s even more riveting than the last. For example, we get our first introduction to Glen and Glenda, the offspring of both Chucky and Tiffany we last saw in Seed of Chucky.

The footage also reveals that not only will we be getting multiple possessed Chucky dolls, but that the Tiffany doll has returned as well. These aspects were previously teased at the end of the first season – but it’s great to finally see them come into play. It’s clear that this new chapter of the franchise will be even bigger and better than before, so with that in mind, it’s sure to be a great watch.

This new trailer for Chucky Season 2 is a fantastic glimpse for what’s to come. And, better yet, there are only a few weeks left before the new season premieres. This means that fans won’t have long at all to wait. In any case, stay tuned to ScreenGeek for further updates as we have them.

The cast for the new season includes the return of Brad Dourif as Chucky and Jennifer Tilly as Tiffany. Zackary Arthur, Björgvin Arnarson, Alyvia Alyn Lind, Fiona Dourif, Alex Vincent, Christine Elise, and Barbara Alyn Woods will also return. Devon Sawa will be rejoining the cast as a new character this time around while Lara Jean Chorostecki has been cast in an undisclosed role. Furthermore, Lachlan Watson will be playing Glen and Glenda. The cast also includes Meg Tilly, Gina Gershon, Joe Pantoliano, Tony Nappo, and Sutton Stracke.

Fans will be able to see Chucky Season 2 and how it continues the franchise’s storyline when it premieres on both USA and SYFY on October 5, 2022.