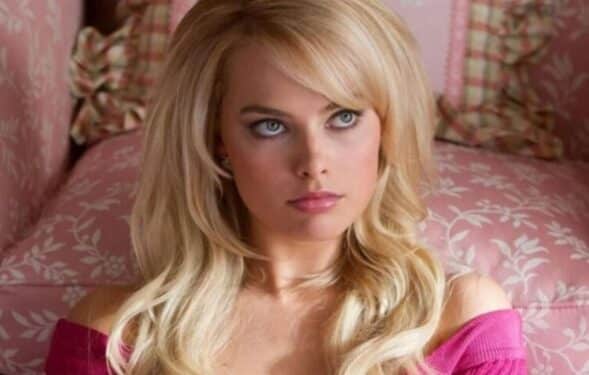 When the first set photos from Barbie were leaked online, fans of Margot Robbie and Ryan Gosling were ecstatic. The over-the-top outfits worn by both celebrities quickly became an internet sensation. And, while you’d think they’d be happy for such publicity, it turns out that Margot Robbie was “mortified” by the leaked Barbie photos.

This was revealed by Margot Robbie while speaking with Jimmy Fallon on The Tonight Show. “I can’t tell you how mortified we were,” Robbie stated in response to Fallon. He’d just revealed the leaked photos that everyone online was so excited over. So, as it turns out, both herself and Ryan Gosling were “dying on the inside” at the time as she puts it.

“We look like we’re like laughing and having fun, but dying on the inside. Dying,” Robbie told Fallon. “I was like, this is the most humiliating moment of my life.”

She further detailed the scenario where the photos of the upcoming film’s production were leaked. Margot Robbie assumed that the paparazzi would find their way to the set.

As such, she expected a few photos to make their way online. But she was shocked to see “hundreds of people watching.” And, as a result, “it was like mad.”

You can see the photos and part of the interview below:

“I knew there would be a little bit of attention and probably some photos would get out there, but not like it did. It was mad!”

Of course, it’s probably nice knowing now that the internet accepted the photos quite willingly. Everyone seems excited to see what’s in store for both Margot Robbie and Ryan Gosling in next year’s Barbie – so hopefully we’ll have additional glimpses soon. And, for their sake, let’s hope they’re official.

The film was directed by Greta Gerwig, who also co-wrote the film’s script with her partner Noah Baumbach. Margot Robbie will also produce the film via LuckyChap along with Tom Ackerley. Mattel’s Robbie Brenner and David Heyman for Heyday Films will also produce. LuckyChap’s Josey McNamara and Mattel’s Ynon Kreiz are attached to the project as executive producers.

Fans will be able to see Margot Robbie in Barbie on the big screen next year on July 21, 2023.