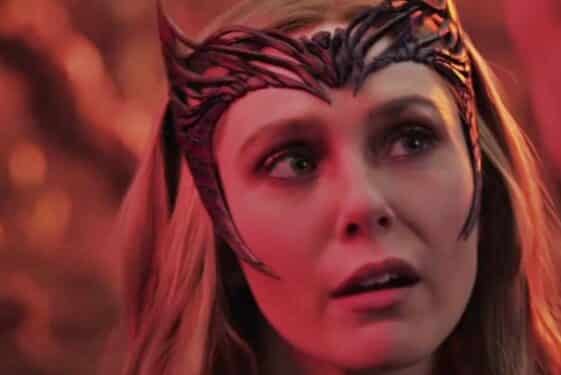 Fans were surprised when Doctor Strange in the Multiverse of Madness finally hit theaters. The film bridged the Marvel Cinematic Universe with the greater horror genre, thanks to the directing skills of Sam Raimi. He previously directed such horror classics as The Evil Dead and its many sequels, so he was a perfect fit for the zany Doctor Strange sequel. He also turned Wanda Maximoff’s Scarlet Witch into a villain that seemed to be straight out of Evil Dead at times. Now a newly-surfaced Doctor Strange 2 deleted scene shows just how R-rated Scarlet Witch could’ve been.

The character is already featured in one of the darkest moments from the Marvel Cinematic Universe thus far. She manages to kill off the entire Illuminati from Earth-838 in just a few minutes. It’s a scene that quickly caught the attention of fans everywhere. Now it appears there could’ve been a much bloodier sequence as shared by stunt performer Lian Yang. The scene features Scarlet Witch during her siege of Kamar-Taj. And, as you might expect by now, it’s incredibly R-rated.

Of course, after seeing the footage, it makes perfect sense why it remained on the cutting room floor. Nevertheless, it’s still a treat getting to see the footage surface in any form. It’s also possible we might get similar sequences in the future as the Marvel Cinematic Universe continues expanding into darker territory. As such, stay tuned to ScreenGeek for additional updates as we have them.

The incredibly-wacky Marvel Cinematic Universe film is currently available to stream on Disney Plus. Doctor Strange in the Multiverse of Madness is also soon available on DVD, Blu-ray, and 4K UHD home video formats.